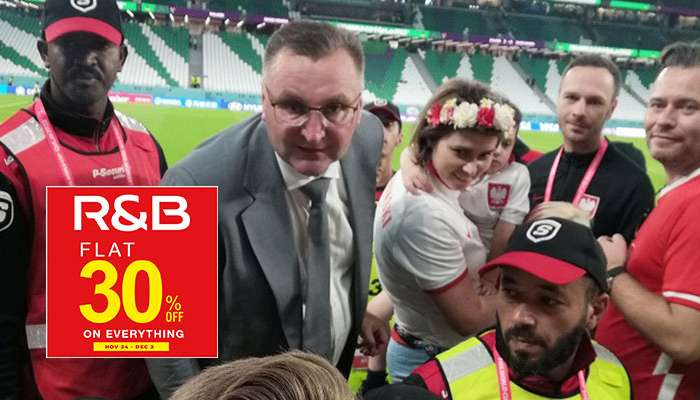 DOHA: Poland coach Czeslaw Michniewicz believes that his side deserve their place in the last 16 of the World Cup, despite a poor performance as they lost to Argentina 2-0 on Wednesday.

Poland were never in the game against Argentina, who took the points and finished top of Group C with second-half goals from Alexis Mac Allister and Julian Alvarez. In the closing moments they were clinging on for their World Cup future as Argentina pressed for a third goal that would have knocked them out of the World Cup.

"We have worked hard and we got four points in the group, we knew the rules and we controlled the second half," said the Polish coach, whose side failed to have a shot on target all game.

"Let's enjoy it. We have not got into the next round for a very long time. It's wasn't nice football, but it is bittersweet for us.

"We got four points and we qualified. We won one game and drew another, so we have qualified. The result counts," he insisted.

He had praise for goalkeeper Wojciech Szczesny, whose saves eventually mean Poland made it into the next round.

"Fortunately for us, Wojciech is in great shape," he admitted, adding his side had "lost the ball too easily. Argentina pressed hard up the pitch and gave us a lot of problems."