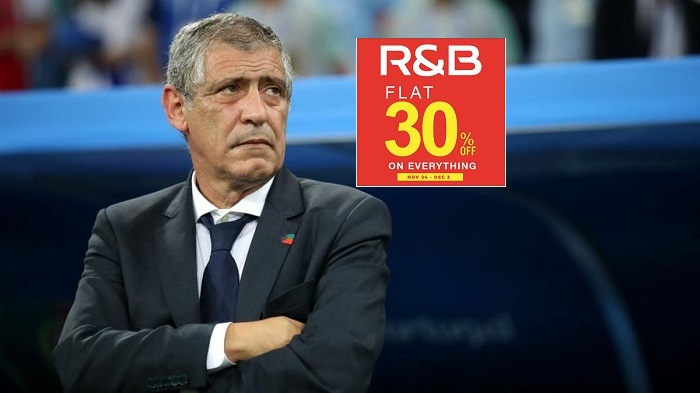 DOHA: Portugal coach Fernando Santos celebrated his side's passage into the last 16 of the World Cup following their 2-0 win in the Lusail Stadium on Monday night.

Two second-half goals from Bruno Fernandes, with the second coming from the penalty spot, gave Portugal the win against a Uruguay side that disappointed and only created chances when they had fallen behind.

"We are satisfied today, because we can move into the new stage," Santos said, commenting that he didn't see the result as a revenge for Uruguay's win over his side in the 2018 World Cup. "Those were different circumstances."

"Two wins from two games is what I wanted for the team," he said, brushing aside controversy over whether Fernandes or Cristiano Ronaldo actually scored his side's opening goal as the midfielder's cross evaded everyone on its way into the Uruguay net.

"I think it was a great match, my team played well and the rest doesn't matter," laughed Santos, who demanded more from his side.

"We need to improve in our combinations and to prevent our opponents in attacking our area. There are things to improve, but we need to focus on positive aspects," commented the Portugal coach.

Santos said he "would not make many changes" for Portugal's final group game against South Korea.

"We are going to look after our injured players, but we will have a side to win the next game. I trust my players, and anyone who plays will do well," he concluded.