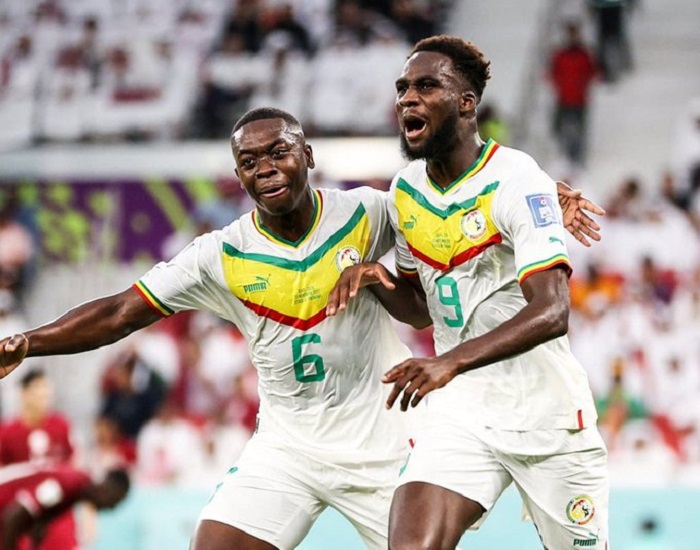 Doha: Senegal have scored three goals in the World Cup for only the second time in their history after their 3-3 draw against Uruguay in 2002.

This is for the first time that they have won a game by more than one goal in the contest.

Boulaye Dia scored a goal of the match capitalising on the opportunity in Qatar's defence to take 1-0 in half-time of the Group A match being played at Al Thumama Stadium.

Senegal enjoyed plenty of possession in the first half having 69 per cent of the position in comparison to Qatar who had only 31. The African side had three shots on target in comparison to Qatar who had none. In the fourth minute, Senegal's Ismaila Sarr right footed shot from a difficult angle on the right was close but missed to the right. Eleven minutes later Qatar's Akram Afif right-footed shot from outside the box went above the goal post.

In the 20th minute, Qatar player Ismaeel Mohammad was shown a yellow card for a bad foul. Four minutes later Krepin Diatta's assist helped Idrissa Gueye strike a right-footed shot from outside the box but the attempt went wide.

Qatar's yet another attempt went high when Abdelkarim Hassan left footed shot from outside the box went high.

In 30th minute, Edouard Mendy's assist helped Senegal Ismaila Sarr take a right footed shot from outside the box but it was saved in the bottom left corner.

In the 41st minute Boulaye Dia's right footed shot from the centre of the box to the bottom left corner helped Senegal take 1-0 lead which they maintained going into half-time.