Over 200 Indian victims of job rackets rescued from Myanmar: MEA 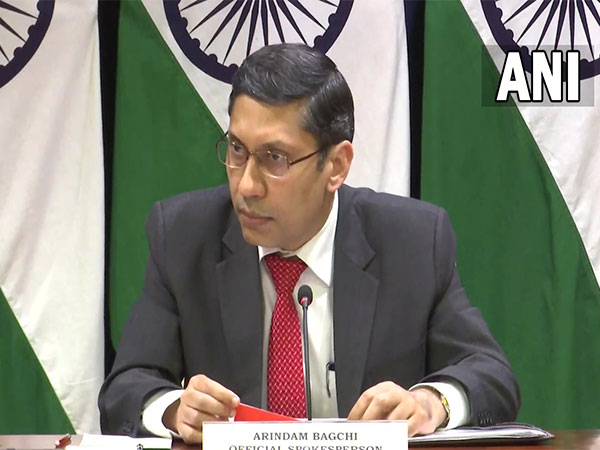 New Delhi: Ministry of External Affairs Spokesperson Arindam Bagchi, on Thursday, said that over 200 Indians, who were victims of fake job rackets, have been rescued from Myanmar.

While addressing the presser at the weekly media briefing, Bagchi said, "We've managed to rescue over 200 people, of which, 153 people have already been repatriated to India. The remaining 50 people are in process of repatriation. Some are in Thailand's custody and pending paperwork. And some are in Thailand. We are in touch with the Thailand authorities." He also said that the Indian mission in Yangon, Bangkok, and Consulate in Chiang Mai has been actively pursuing these cases of Indians trapped in fake job rackets in Myanmar.
The Indian citizens fell prey to transnational crime syndicates in Myanmar.

Regarding the Indian nationals who were taken to Laos and Cambodia, MEA Spokesperson said that about 364-367 Indians are being repatriated to India from Laos and 11 are coming today. He further said, "More than 100 people are from Cambodia."

"We have issued an advisory and requested Myanmar and Thailand to give importance to this case. We are trying to get the details of agents involved in job rackets," he added.

Indian nationals were got entrapped and got stuck in Myanmar and some in Laos and Cambodia also, Bagchi said, further adding, "they are lured mostly through recruitment agents based in Dubai."

Reportedly, thirty-eight Indian nationals, who were duped of job offers in Myanmar and were made to work under harsh conditions, were repatriated to India earlier this month.

Earlier, Foreign Secretary Vinay Mohan Kwatra met senior leadership of Myanmar during his trip to the Southeast Asian country and raised the issue of human trafficking of Indians by international crime syndicates based in the Myawaddy area.

"During his meetings with the senior leadership of Myanmar, Foreign Secretary discussed maintenance of security and stability in the border areas of India and Myanmar; raised the issue of human trafficking by international crime syndicates in the Myawaddy area of Myanmar in which many Indian nationals have been caught and reviewed bilateral development cooperation projects," the Ministry of External Affairs (MEA) said in a statement.

He conveyed India's commitment to expeditious implementation of ongoing connectivity initiatives such as the Kaladan Multimodal Transit Transport Project and the Trilateral Highway.