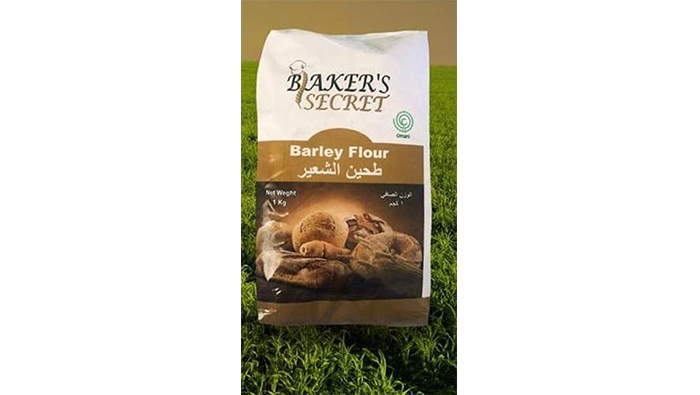 Muscat: As part of its efforts to strengthen the food security system and to achieve self-sufficiency in food products in the Sultanate of Oman, Salalah Mills Company has launched barley flour as one of the new products through which it promotes healthy food options.

The new barley product is a high-quality nutrition product as it is rich in minerals, vitamins and dietary fibre, while it is being used for preparing various types of baking items with a delicious flavour, such as flatbread, yeast bread, sliced bread, as well as the well-known Omani bread.

Salalah Mills Company, through its four factories of various productions and as being the largest flour mill in the Sultanate of Oman, always seeks to keep pace with the requirements of the local markets by providing flour products that suit all the needs of consumers of all segments, as well as it continuously conducts studies for the market demands, where it is improving the quality of its products in line with the consumers' options.

The company also exports its surplus to the regional markets, where it gains well reputation in these abroad markets.

Within its relentless pursuit to provide all kinds of flour products that suit the consumer's needs, the company has also previously launched a pizza flour product in a pack of (one kilo) which gained great popularity as it provides the appropriate and delicious mixture for backing pizza.

Salalah Mills Company’s products include bread flour, baking flour, chakki atta, jareesh, harees, semolina, barley, wheat, barley and bran mix, wheat bran and feed flour.
Since established in 1995, Salalah Mills Company has been keen to develop its products and improve their high quality which contributed to an increase in the level of consumer preference and demand for its products in local and regional markets.

Salalah Mills Co. was formed in 1995 as a joint stock company with the intention of milling and distributing premium quality wheat products to the growing Oman market and exporting to African and other neighbouring countries. The company is headquartered in Salalah and has branches in Muscat, Sohar, Nizwa and Sinaw.