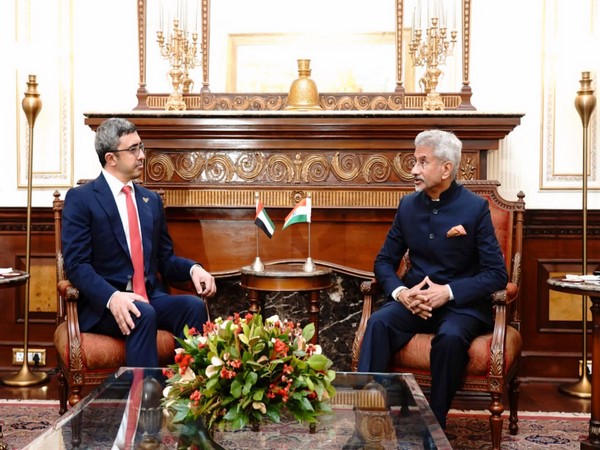 The UAE Foreign Minister, who is on a two-day visit to India, came along with a high-level delegation and in the meeting, he and Jaishankar reviewed the continuous progress in bilateral relations across different domains, since the 14th Joint Commission Meeting held by them in September 2022, according to the statement released by Ministry of External Affairs. They also appreciated the progress in the bilateral relationship, especially in trade, investment, consular matters, education and food security.

During the meeting, both ministers noted that bilateral trade has shown appreciable growth under the Comprehensive Economic Partnership Agreement (CEPA), which was signed in February this year and came into force in May.

India's exports to UAE between April-September 2022 were about $16 billion which was an increase of 24 per cent year to year while India's imports increased 38 per cent to reach $28.4 billion in the same time period.

According to the statement, "On food security cooperation under I2U2, a delegation led by the CEO of ADQ visited India in October 2022 to take discussions forward with different stakeholders. IIT Delhi has held meetings with its Abu Dhabi partner, ADEK for establishing the IIT Delhi campus in Abu Dhabi. The meetings of Joint Committee on Consular Affairs and JWG on Manpower were held in October and November 2022."

Both sides have also taken forward their discussions on other areas of cooperation including energy, healthcare, defence, space, climate change, skills, fin-tech and startups. CIM and ADIA Chairman held a successful meeting of the High-Level Task Force on Investments in October 2022 in which the entire range of trade and investment cooperation was discussed.

Both ministers also exchanged views on the global situation and various regional hotspots as well as the cooperation between the two countries in UN Security Council.

The meeting was also attended by UAE MOS for International Cooperation, Reem Al Hashimy and Foreign Secretary Vinay Kwatra. The EAM hosted a lunch in honour of the UAE FM and the accompanying delegation.