'We have to pick ourselves up,' says Argentina boss Scaloni 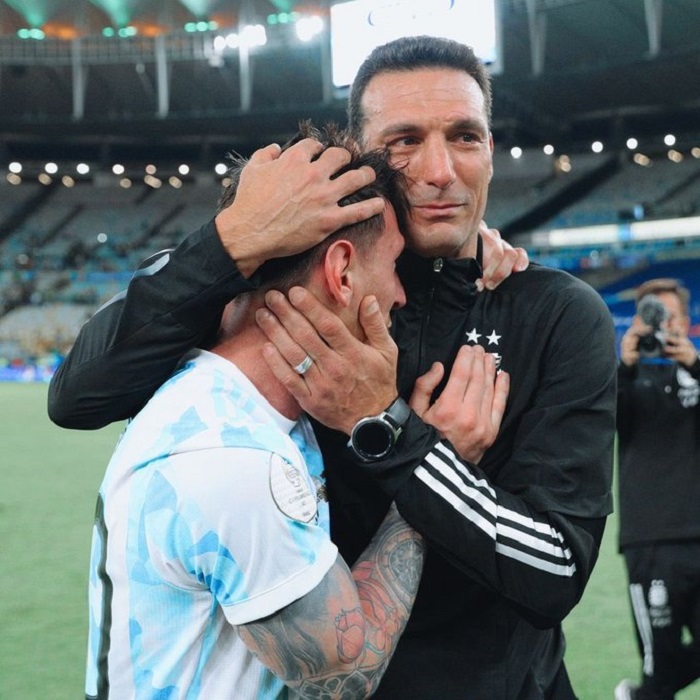 LUSAIL: Argentina manager Lionel Scaloni said his team would keep a positive mindset despite a shock 2-1 defeat to Saudi Arabia in their opening match of the 2022 FIFA World Cup on Tuesday.

The two-time world champions looked on track for a perfect start to their Group C campaign when Lionel Messi converted an early penalty at Lusail Stadium.

But Saleh Al-Shehri and Salem Al-Dawsari scored second-half goals to hand Saudi Arabia their first ever victory over the South American team.

"We have no other option other than to pick ourselves up," Scaloni told a news conference. "Today was a sad day but we have to keep our heads up and continue."

Scaloni bemoaned a slew of missed opportunities, pointing out that his team could have put the game to rest by halftime.

Argentina had three goals ruled out in the opening 45 minutes with Lautaro Martinez (twice) and Lionel Messi both being denied by the offside flag as Saudi Arabia deployed a high defensive line.

"The first half was all ours and those offside situations could easily have been goals," Scaloni said. "In the second half, they had us tied. We will analyze it better later. The players are disappointed by the result but we know we can turn the situation around."

Argentina will likely need to win their last two group matches - against Mexico on Saturday and Poland the following Wednesday - to progress to the round of 16.

Tuesday's result marked Argentina's first defeat in more than three years, ending a 36-game unbeaten run that stretched back to the 2019 Copa America. The sequence left Scaloni's men one game shy of Italy's international record of 37 games without defeat from 2018 and 2021.

"We couldn't have entered the tournament in better shape," Scaloni said. "But it's a reality. These great competitions don't give you time to make mistakes. Now we have to move on and win each of our next two games," he added.