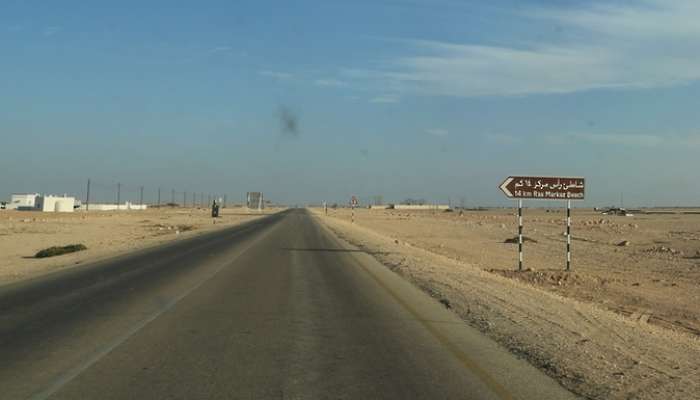 Duqm: The Public Authority for Special Economic Zones and Free Zones (OPAZ) has awarded the construction of the dual carriageway from Duqm Airport Roundabout to Ras Markaz, at a total length of 51 km.
The move complements the implementation of the strategic road network within the comprehensive plan of the Special Economic Zone at Duqm (SEZAD).
Eng. Ahmed Ali Akaak, Chief Executive Officer in charge of the Special Economic Zone at Duqm, said that the project to develop the dual carriageway of the main road from Duqm Airport to Ras Markaz is one of the important projects proposed within the main road network in SEZAD.
This road connects the southern part of the zone, which includes Ras Markaz reservoirs project, one of the most vital projects in the Zone, and Dhahr village with Duqm Airport roundabout.
The road will connect those coming from the south to the central area of SEZAD and it will serve the growing movement of people and cargo between strategic projects in the zone.
Eng. Ahmed added that the total length of the roads are 51- km, including 45 – km long dual carriageways and 6 km single carriageway.
The scope of work of the road project includes the development of a road junction to Ras Markaz as the starting point of the project, as the road consists of four traffic lanes; two in each direction.
The two directions are separated by hardscaped centre median with shoulders on both sides for each direction, in addition to eight roundabouts.
He pointed out that the project also comprises the installation of smart lighting (LED) poles and road signs. The road was designed with high specifications to avoid the accumulation of surface water and flooding, through the construction of concrete bridges over wadies.
Moreover, 10% of the total value of the road construction works will be allocated to SMEs.