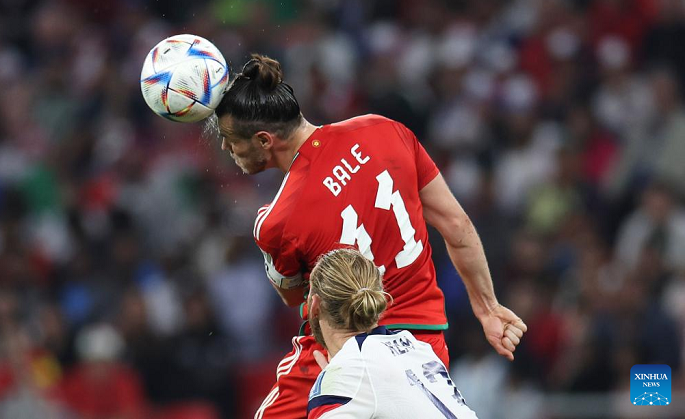 DOHA: Wales captain Gareth Bale's late penalty helped his team manage a 1-1 draw with the United States in Group B of the 2022 FIFA World Cup here on Monday at the Ahmed bin Ali Stadium.

Wales returned to the World Cup finals for the first time in 64 years while the USA were back after missing Russia 2018.

The Americans started strikes from the very beginning and Josh Sargent's header from the left side of the box hit the woodwork in the 10th minute.

Their efforts were rewarded in the 36th minute as Timothy Weah broke the deadlock with a smart right-footed shot in front of the goalie in the box, assisted by Chelsea winger Christian Pulisic.

In the second half, Wales pressed hard for an equalizer but two headers from Ben Davies and Kieffer Moore were denied by goalkeeper Matt Turner.

Bale drew a foul in the penalty area and converted the penalty to the top right corner to level the score 1-1 in the 82nd minute. Neither side could manage to win the game in the remaining minutes.

Wales will meet Iran in the next match on Friday and the United States will challenge England on the same day.