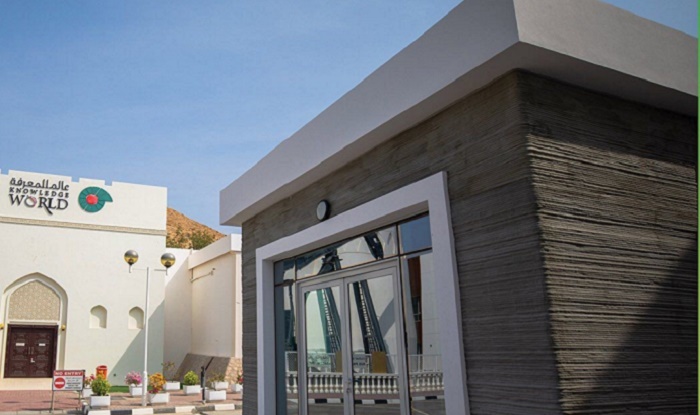 The construction work took about 55 printing hours after preparing the site for foundations and a special structure to ensure quality.

Muscat: The first building constructed in the Sultanate of Oman with the help of a 3D Concrete Printer, developed locally by Omanis, on an area of 40 square metres, has been completed.

The construction work took about 55 printing hours after preparing the site for foundations and a special structure to ensure quality.

Walid Al Saidi, co-founder of InnoTech company, said: “Concrete printing was a dream project and we decided to make the tools for this dream by ourselves and completed the first building with a 3D printer which was almost a two-year work. The building is for the Petroleum Development Oman and was built in cooperation with the Julphar Company which prepares the cement mixture. The official opening of the building will be announced soon.”

He added: “This achievement comes in line with the planned urban development and use of modern technologies for construction in a reduced period of time. Besides, the use of 3D printing was able to create jobs for Omanis in the construction sector.”

It may be mentioned that Innotech team is the first in the Arab world to build and use the 3D printing technology indigenously as all other previous projects in the region used 3D printers developed abroad. Even the projects were implemented by them.

"Besides mentioning the initiative of the PDO to explore innovative technologies for sustainable and efficient buildings, we are pleased to announce the completion of the first 3D printed building using locally developed printer and local materials, in which besides InnoTech Oman, Galfar Engineering & Contracting, SAOG and NJP Oman worked ceaselessly to make the dream project come true" he said.