US Mid-Term Polls: Indian-American lawmakers elected to House of Representatives 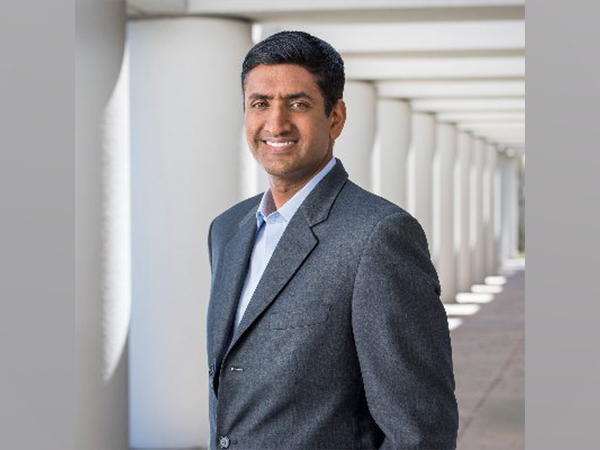 Washington: Apparently, five Indian-American lawmakers clinched victory during the US mid-term elections and were elected to the US House of Representatives.

The five lawmakers who were elected from the ruling Democrat Party, include Raja Krishnamoorthi, Ro Khanna, Pramila Jayapal and Ami Bera. The Washington Post newspaper on Friday said that Indian-Americans can play an important role in some of the tightly contested races.

"Ahead of mid-term elections that could be decided by razor-thin margins, Democrats are hoping to capitalise on some of the optimism felt by Indian Americans, a growing and increasingly vital bloc of voters," the daily wrote.

Ro Khanna (Democratic Party) is a member of the U.S. House, representing California's 17th Congressional District. He assumed office on January 3, 2017, and his current term will be ending on January 3, 2023.

Khanna defeated his opponent from the Republican party, Ritesh Tandon by a comfortable margin as he garnered close to 70% votes.
Pramila Jayapal, the only Indian-American woman lawmaker in the House of Representatives expressed her gratitude to the people after winning the elections.

"I am so grateful to the people of Washington's 7th Congressional District for sending me back to Congress. I promise to always fight for each and every one of you," she tweeted.

Earlier on Wednesday, Joe Biden called the midterm polls a "Good Day" for Democracy and also took a dig at the Republicans for the Giant 'Red Wave' not happening.

"Our Democracy has been tested in recent years, but with the votes of the American people we have proved once again that it's Democracy who we are," he said.

Earlier on Tuesday, Electors across the US voted to decide whether the Democrats or Republicans will control the Senate and House of Representatives.