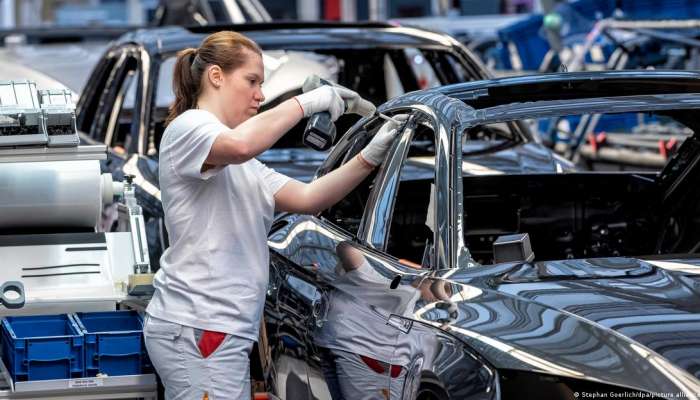 The European Commission has published proposals to reduce exhaust emissions for vehicles with combustion engines.

This is despite European Union members agreeing last month to only sell emission-free cars from 2035, effectively banning sales of new petrol and diesel cars within the EU from then on.

But traditional vehicles will likely make up a sizeable chunk of cars on European roads for decades after that. Officials estimate that in 2050, one-fifth of cars within the EU will still have combustion engines and more than half of heavier vehicles will.

The proposed emission reforms, known as Euro 7, would apply to all new cars and vans sold in the EU from July 2025 and to trucks two years later. They set out maximum emissions limit for health-harmful pollutants like nitrogen oxides (NOx) and particulate matter (PM) that plague air quality in many European cities.

Road transport pollution is estimated to cause about 70,000 premature deaths in the EU annually, as European Internal Market Commissioner Thierry Breton stressed on Thursday. “Our proposal will make a real difference,” Breton said at a press conference in Brussels.

The new rules modestly tighten, but don’t radically change, baseline emissions standards in many cases, climate campaigners and Green politicians were quick to point out — although lorries and buses face stricter limits.

The Commission believes that the proposals are an improvement in other ways; they broaden the range of driving conditions probed in emissions tests, for example. In addition, cars and vans would also have to be checked for compliance until they are 10 years old and have driven 200,000 kilometers — doubling requirements under the current Euro 6 standard.

Emissions from tires and brakes, a major issue for electric vehicles, would also be covered for the first time. For electric cars, there would also be standards ensuring good battery performance over time.

Across the board, these changes would slash NOx emissions by one-third for cars, and by half for buses and lorries by 2035, the European Commission said in a press release.

In a nod to Dieselgate — when it emerged in 2015 that carmaker Volkswagen had fitted so-called defeat device software in millions of diesel cars to manipulate emissions tests — the Euro 7 standards would use sensors built into vehicles to monitor pollution, the press release said.

For consumers, a tiny cost increase

For Transport & Environment, a European campaign group for cleaner transport, this relatively small increase is a major missed opportunity. Technologies are available that could cut toxic pollution in half and would cost just €300 per car, the group said in a press release.
Capitulation to carmakers?

“The proposals for cars are so weak, the auto industry might have drafted them themselves. Despite enjoying record profits, carmakers have sold the Commission a lie that an ambitious Euro 7 is unaffordable,” Anna Krajinska, vehicle emissions and air quality manager at the campaign group, said in the statement.

Michael Bloss, a German member of the European Parliament from the Greens, said that according to the Commission’s own calculations, even stricter emissions standards would have cost carmakers a maximum of €500 more to produce each car.

“The EU Commission capitulates to lobbying,” he wrote in a statement published Tuesday. “This is not a proposal, but an indictment, because it does not prescribe any new standards for passenger cars.”

As for Europe's carmakers, they are also critical of the proposed standards, claiming they divert effort and resources away from the push for electrification. The European Automobile Manufacturers’ Association (ACEA) said in a statement that the proposal “risks slowing down transition to zero-emission transport.”

The proposal needs the approval of the EU member states and the European Parliament to become law and could be revised during negotiations. These will likely wrap up next year.