Fire breaks out in Dubai high rise, no injuries reported 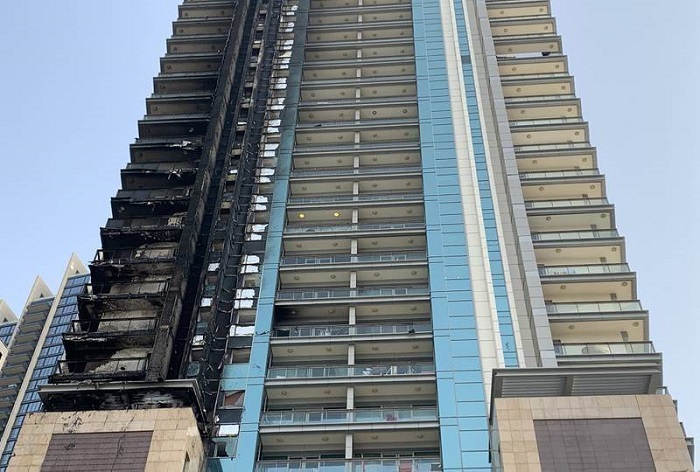 Muscat: A fire broke out on Monday morning in  a high-rise building in Dubai near the Burj Khalifa, the world's tallest building.

However, Dubai Civil Defence teams successfully extinguished the blaze that broke out on the facade of a multi-storied tower in downtown Dubai.

All residents were evacuated safely, and there were no reports of any injuries or casualties.

Dubai Civil Defence teams arrived at 8 Boulevard Walk within minutes the report was received about the fire on November 7.

Firefighting teams worked successfully to put out the blaze, which affected the tower’s facade. The officials confirmed that the fire had been brought under control.

Black char marks from the blaze could be seen stretching up the building that's part of a series of towers called 8 Boulevard Walk by Emaar, the state-backed developer in the emirate.