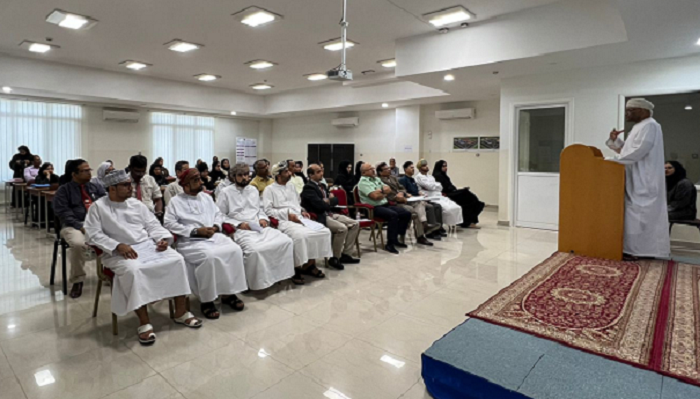 Muscat: Oman is a hot and arid country where water has always been in short supply but the groundbreaking research carried out by the National University offers new hope of replenishing the water reserves to a sustainable level.

The project, which is funded by the Ministry of Higher Education and Research Innovation (MOHERI), is the result of a research carried out by the College of Engineering at the National University.

The College of Engineering held a two-day workshop  ‘Solar Thermal Desalination and Essential oil Distillation,’ with the aim of sustaining energy conversion, not only to boost water reserves in the Sultanate, but for medicinal purposes as well.

Professor Ahmed Hassan Al-Bulushi, the Dean of the College of Engineering, said the future of thermal energy through desalination and oil distillation depends heavily on creating awareness and empowering young people to realise that Oman needs the technology to combat shortage of water.

“Students are the future and we must engage them in this thermal desalination project by empowering them with hands-on experience on the designs and experiments. The exercise will enhance their technical skills, competencies and build confidence in their practical work which is a very good and healthy environment for their capacity building as Oman’s future leaders in this important field,” Professor Ahmed, told Times of Oman.

He added that once the research project is implemented to reality, it would have capacity of generating job opportunities for graduates. He also said the College of Engineering is leading the thermal desalination research project and it has already involved a number of its students.

Industry experts said that the project research, will turn Oman’s most arid towns into fertile land.

“Lands will turn fertile and farms will be productive. The water reserves will be boosted and not only in the wells but the falaj system that are under threat of drying out in private farms,” Dr Khamis Al Falahi, a water resources expert, told Times of Oman.
Dr Falahi said that water in the areas that are close to the sea, like in the Batinah and Sharqiyah Regions, are salty and are not good enough for farm irrigation.

“Seawater in these areas flow under the ground and rises up to contaminate freshwater reserves. Sometimes, even in a good rainy season, the fresh water seeps into the ground to mix with the seawater and farmers struggle to keep their crops growing.

So this project by the College of Engineering is very important and should be encouraged. I am happy to know that the Higher Education Ministry is funding it,” Dr Falahi explained.

Solar desalination is a technique used to remove salt from water by specially designed plants that use solar energy to boil seawater and capture the resulting steam, which is in turn cooled and condensed into freshwater.