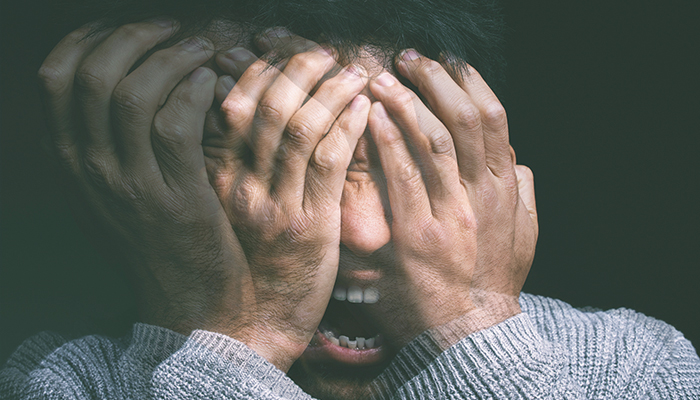 Muscat: Psychiatrists in Oman are calling for more efforts to prevent suicide attempts in the country. The incidents can be attributed to mental illnesses, addiction and family discord.

Dr. Al Balushi says, “Working at the Royal Hospital as a psychiatric and physical therapist, has given us opportunities to first evaluate and assess the degree of harm and seriousness that such action might have caused. Secondly, we also assess the reasons that might have led to such drastic action on the part of the victim. We then plan our line of treatment accordingly. Depending on the seriousness of the injuries, we sometimes shift them to Al Masarra Hospital or the Department of Psychiatry in the University Hospital or refer them to a specialist to provide appropriate care and treatment.”

She added that in such cases, "a guardian or a first degree relative is often summoned so that we can find out the exact circumstances of the case and agree on a line of treatment in consultation with the guardian or the first degree relative, whoever is available. We keep in touch with them (guardians) so that if the patient requires additional safety measures or suffers a repeat of the suicidal tendencies after getting back home, they can be consulted once again and whatever interventions are required, the patient gets them at the earliest. "

As for the such cases, Dr. Al Balushi said, “It is not confined to the Arab region, it’s prevalent worldwide, especially since the COVID-19 pandemic and the general climate of despair it has caused.”

“To name a few, there is unemployment, financial pressure, social isolation and increase in mental health illnesses caused by some psychosocial conditions. As for Oman, however, we do not have the exact statistics as yet”, Dr. Al Balushi added.
Elaborating further on the causes, Dr. Al Balushi said there are health problems too that give rise to such tendencies. Besides, there is family discord, emotional and academic problems faced by the students, either studying in Oman or abroad, that causes such attempts.

“Most of the cases that come to us are in the ages above 20 years, both males and females, although there have been cases when teenagers have attempted suicide. In fact, this tendency is increasing among the teenagers and this is what makes this tendency especially worrying,” Dr Al Balushi says.

Talking about the vulnerable age group, Dr. Al Motasem Al Mammari, a psychiatric at Al Massarah Hospital told Times of Oman that youth in their early 20s are most exposed to this tendency as this is the age when they might be facing an identity crisis, especially if he has failed to chart a career of his dreams.

A recent study conducted by the Edge Research and HCM Strategists in the United States of America, found that it is at this stage that students drop out of university education and find themselves squarely in the face of the worst crisis and at a stage where they have little option but to face a period of uncertainty and confusion.

Dr Al Mammari says that higher education institutions should be invested with qualified psychological counselling departments with multiple specialists where each aspirant can be assessed and evaluated individually so that required assistance and support can be provided to them as and when required.

Dr. Al Balushi says that some early symptoms can be detected in people who are pre-disposed towards taking this drastic action later on in life. Efforts should therefore be made to detect such predisposing symptoms at an early age and ameliorating interventions, both psychiatric and familial, may be made available. Such problems are medical – such patients are not ‘crazy’ or ‘incompetent’ – they are just ‘unwell’. They should seek the advice of their near and dear ones or even a psychiatrist, Dr Al Balushi said.