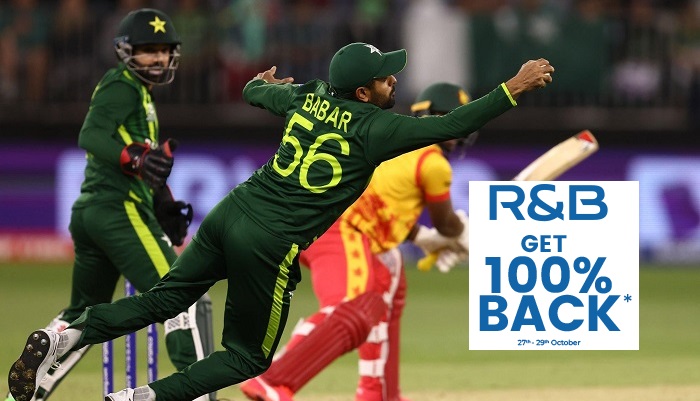 Perth :  Pakistan captain Babar Azam admitted that regular fall of wickets pushed the team into a pressure situation after the side's one-run loss against Zimbabwe on Thursday in the Super-12 clash.

The opener rued the batting collapse and said that the Shadab Khan and Shan Masood partnership was important for them. After that partnership, wickets fell regularly creating pressure on the team. "When Shadab and Shan were building a partnership, unfortunately, Shadab got out and then back-to-back wickets that pushed us into a pressure situation," said Babar Azam.


"We would have taken 130 at the halfway stage. Very disappointing performance, we are not up to the mark in batting. We have good batters but both openers got out in the powerplay," he added.


The right-handed batsman said the team has not been able to make use of the new ball in the initial overs.


"First 6 overs, we haven't used the new ball well but we finished well with the ball. We will sit out, discuss our mistakes, train hard, and come back strong in our next game."


Pakistan's team over dependency on their opening stand came back to haunt them as Zimbabwe caused a major upset in a low-scoring thriller at the Perth Stadium.


Pakistan made a mess of a paltry chase as they suffered a batting collapse and their bowlers were left to chase and win the match. All-rounder Sikandar Raza took three wickets in a short span to dismantle the chase.


Pakistan's decision to play an extra pacer in Mohammad Wasim Jr worked for the team as the youngster ended with his best T20I bowling figures (4/24) to restrict Zimbabwe to a below-par total. Sean Williams and Brad Evans helped the team cross the 100-run mark.


This is Pakistan's second successive loss in the tournament. Earlier, they lost to India in a memorable match.