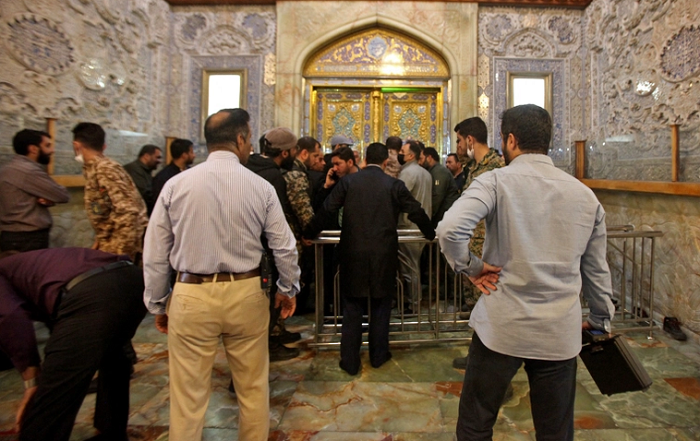 Muscat : The Sultanate of Oman has offered condolences to the Islamic Republic of Iran over the attack that hit the Shah Cheragh Shrine in the city of Shiraz.

"The Sultanate of Oman expressed its sincere condolences and sympathy to the families of the victims and to the government and people of the friendly Islamic Republic of Iran in the attack that targeted the Shah Cheragh shrine in the city of Shiraz in southern Iran yesterday evening, wishing a speedy recovery for the injured, " Oman News Agency (ONA) said in a statement.

In a statement issued by the Ministry of Foreign, the Sultanate of Oman affirmed its firm position in condemning violence and terrorism in all its forms.

Oman's Foreign Minister had a telephone conversation with his Iranian counterpart, in which he expressed his sincere condolences for the victims of the attack.

The Foreign Ministry said: His Excellency Sayyid Badr bin Hamad bin Hamoud Al Busaidi, Foreign Minister, made a phone call to His Excellency Dr. Hossein Amir Abdollahian, Minister of Foreign Affairs of the Islamic Republic of Iran, in which he expressed his sincere condolences and sympathy for the victims of the attack that targeted a religious shrine in Shiraz in southern Iran yesterday evening, and wishes for the injured get well really soon.

The Minister also affirmed the Sultanate of Oman's firm position in condemning all forms of violence and terrorism. Views were also exchanged and consultations were held on some developments in the region.