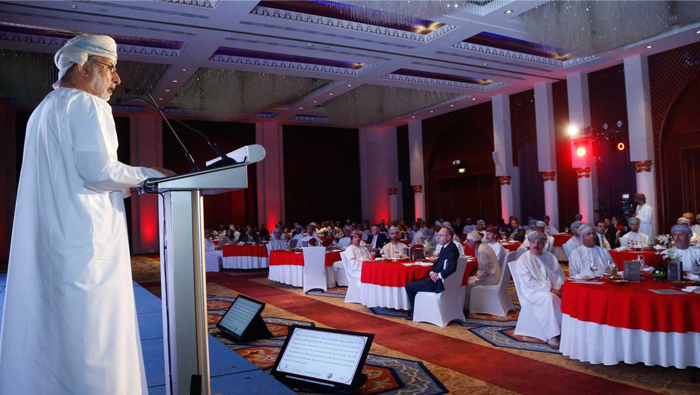 Muscat: Oman and Switzerland’s shared principles are the reasons both countries enjoy so much respect and admiration in the world, according to Saif Al Maskery, chairman of the board of the Oman-Switzerland Friendship Association.
Aimed at promoting bilateral relations and close cooperation between the two nations, the association celebrated its one-year anniversary last Wednesday, and it continues to work towards establishing closer ties between the two countries.
“The society was founded with the aim of promoting bilateral relations between the two countries in the economic, cultural, tourism and technical cooperation fields, in addition to seeking investment opportunities in both Oman and Switzerland,” said Al Maskery, former Ambassador and Permanent Representative of Oman to the United Nations (UN) in Geneva, former Consul General of Oman to Switzerland, as well as the former Undersecretary of Tourism at the Ministry of Tourism.
“The bilateral relations between the two countries are indeed characterised by mutual principles, most notably, non-intervention in the affairs of other countries, working towards achieving peace between nations and its people, creating a sound and fertile ground to solve problems that may arise between countries and striving to attain long-term durable solutions,” he added.
International politics
“Any follower of the two countries’ approaches to international politics will note our relentless efforts in supporting international institutions and organisations that seek to alleviate human suffering and de-escalate tensions between countries in the region.”
The Oman-Switzerland Friendship Association was formed on October 24, 2016.
Al Maskery was quick to praise those who had contributed with their efforts and dedication to making this a reality.
“Many of these endeavours have undoubtedly been positive, if not ambitious, but they certainly form the very first step in the journey of a thousand miles, compelling us to continue along this path and not surrender to some of the challenges that we may encounter,” he remarked. “The idea of establishing this association was not coincidental, for its first building blocks were laid over many years until this vision became a reality on October 24, 2016.
“Our presence here today for this celebration is the result of considerable efforts made by many people and entities, but there are specific individuals whose exceptional dedication culminated in our meeting last year, and here, we are celebrating the first year of this young association’s establishment,” added Al Maskery.
He hailed the efforts of Adolf Ogi, President of Switzerland, Stefano Lazzarotto, Ambassador of Switzerland to Oman, Honourary Consul Youcef Fartas, Abdullah Al Rahbi, Oman’s representative to the UN, and Abdullah bin Hamad Al Busaidi.
Objectives
“There are also those who have worked and continue to work behind the scenes, not only for the success of this association, but also to achieve the objectives for which this association was founded and continue with its blessed march, god willing,” stressed Al Maskery.
In addition to the individuals involved, a host of private and public organisations have also backed the association, including the Zubair Corporation, Assarain Enterprise, Al Nab’a, Composite Pipes, Mass International, Orell Fussli Security Printing, ABB, Nestle, Ubhar Capital, Ominvest and Arab Bank Switzerland.