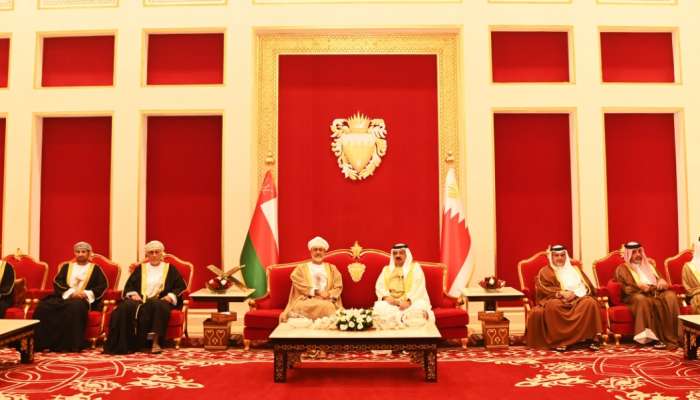 
The two leaders reviewed the distinguished relations binding the Sultanate of Oman and the Kingdom of Bahrain and expressed appreciation for their deep-rooted historical bonds. They also explored various aspects of the existing bilateral cooperation in all fields and contemplated ways of consolidating the joint interests in a manner that generates bounty and benefits to the two countries’ peoples.