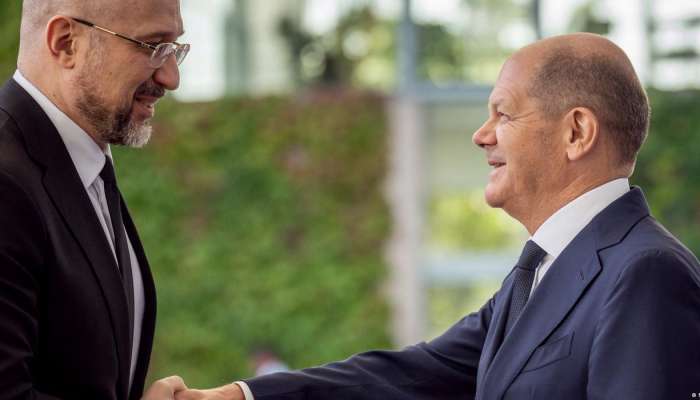 Brussels: German Chancellor Olaf Scholz and European Commission President Ursula von der Leyen have called for a strategy to rebuild Ukraine after the war as experts meet in Berlin for an economic forum.

"Even if one should always be careful with historical comparisons, the issue here is nothing less than creating a new Marshall Plan for the 21st century," Scholz and von der Leyen wrote in an essay published in the German newspaper Frankfurter Allgemeine Zeitung Monday edition.

The two described the reconstruction of Ukraine as a "generational task that must begin now."

Scholz is due to open the German-Ukrainian business forum in Berlin on Monday with Ukraine's Prime Minister Denys Shmyhal.

The meeting is set to focus on post-war rebuilding efforts and international community support.

What is on the forum's agenda?
Business experts from Ukraine and Germany are set to discuss a range of topics, including industry, agriculture and energy.

Initial efforts should be "directed toward an efficient organization of emergency aid" to rebuild Ukraine's destroyed infrastructure, said Hans-Ulrich Engel, the deputy chairman of the Committee on Eastern European Economic Relations, one of the forum's organisers.

And the focus after that should be on "targeted measures and suitable framework conditions for contributions to a reconstruction of the economy in Ukraine," he added.

The Marshall Plan was a US initiative that encouraged investment in West Germany after the Second World War, and now German companies must be given incentives to invest in Ukraine, said the committee's managing director, Michael Harms.

The war has devastated Ukraine's critical infrastructure, with officials saying the country has lost around 90% of its wind power capacity and 40-50% of its solar energy.

A September report by the World Bank put the cost of reconstruction of Ukraine at nearly $350 billion(€356 billion). The country's GDP in 2021 was $200 billion.