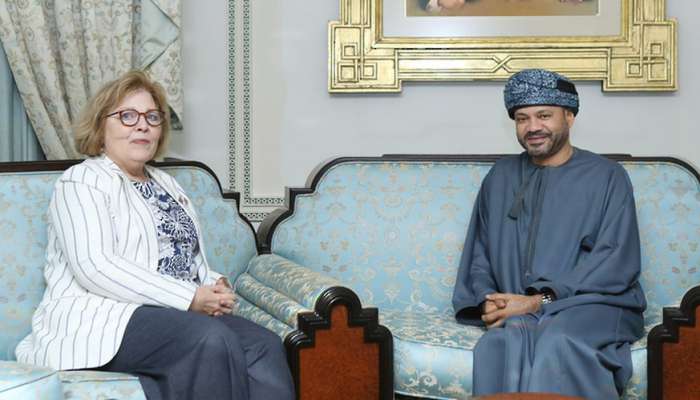 The two sides discussed the bilateral relations between the two countries and means of promoting them.

They also exchanged views on regional and international issues of common concern. Emphasis was laid on backing all efforts to consolidate pillars of security and stability in the region and the world at large.

The meeting was attended by Khalid Hashil Al Muselhi, Head of the Minister’s Office Department, Leslie M. Tsou, Ambassador of the USA to the Sultanate of Oman and officials from both sides.