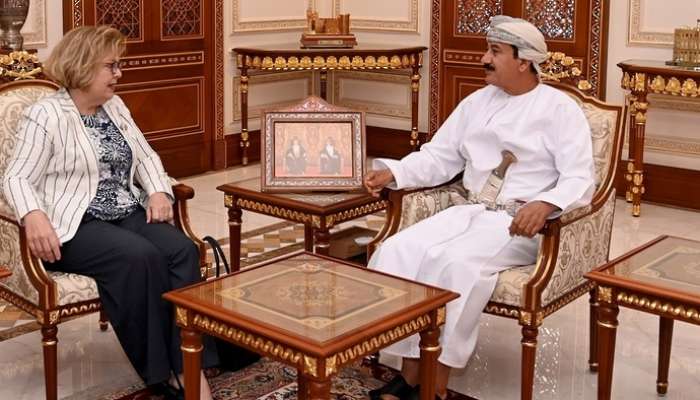 Muscat: Gen. Sultan Mohammed Al Nu'amani, Minister of the Royal Office received at his office today Barbara Leaf, Assistant Secretary of State for Near Eastern Affairs of the United States (US).

The guest expressed her thanks and appreciation for the Sultanate of Oman.

The two sides explored aspects of enhancing cooperation between the two countries. They also reviewed the march of relations binding Oman and the US in all fields and means of promoting them to achieve mutual interest.

The meeting was attended by Ambassador of the United States of America to the Sultanate of Oman.