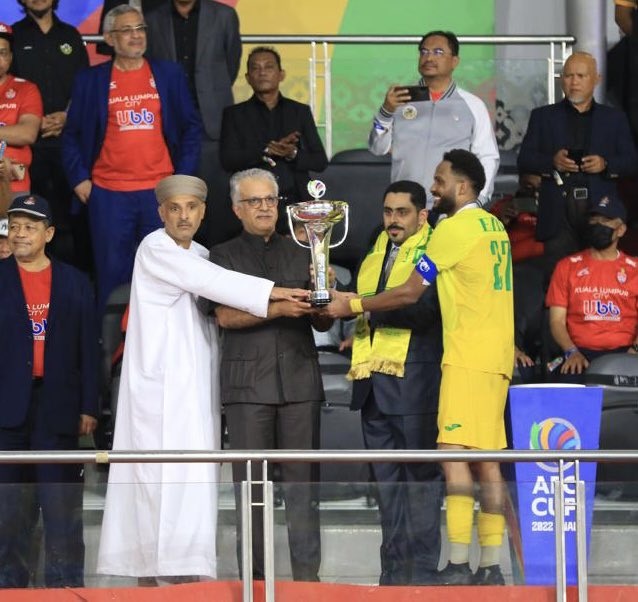 Muscat: It was double delight for Seeb Club soon after writing a historic chapter by becoming the first Omani club to claim the AFC Cup title on Saturday.

Farsi later went on the dais again to collect the AFC Cup along with Seeb Club vice-president Yousuf al Wahaibi.

At the 2022 AFC Cup, the 35-year-old skipper played a crucial role in Seeb’s title-winning campaign. The Oman international was the man responsible for ensuring Seeb a superb start to their AFC Cup debut, scoring the only goal of the match to beat Jableh of Syria, before finding the back of the net against Lebanon’s Al Ansar to ensure a top spot finish in Group A.

Farsi, who made his first AFC Cup appearance in 2009 with Al Orouba, was an integral part of Seeb’s attacks, as he recorded the most passes in the opposition half with an 80 percent success rate.

The only other occasion for an Omani footballer to claim an individual honour on the continental or global stage was in 1995 when Mohamed al Kathiri was named the Player of the Tournament, the first time that an Asian player had been adjudged at the FIFA U-17 World Championship in Ecuador.

At the tournament, Kathiri received the Golden Ball for being the player of the tournament and was also the joint top-scorer with Australia’s Daniel Allsop (five goals).