For the first time, Aga Khan Award for Architecture and Music to be celebrated in one country 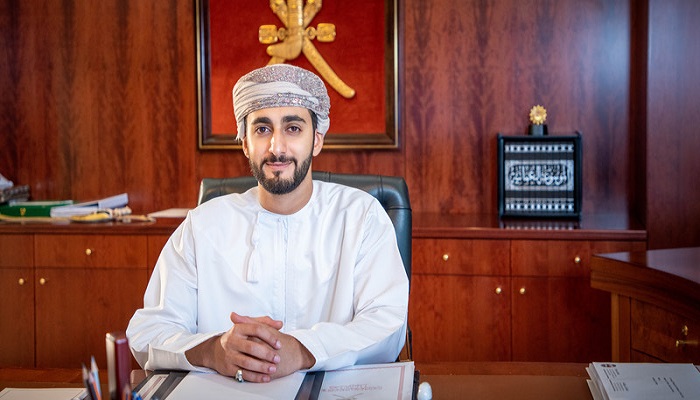 Muscat: Over the course of three days, the Sultanate of Oman will celebrate the winners of the Aga Khan Award for Architecture and Music at a ceremony honouring the winners on October 31, 30 and 29, in the presence of a distinguished elite of participants, winners, senior invitees and artistic cultural figures.

On October 31, His Highness Sayyid Theyazin bin Haitham Al Said, Minister of Culture, Sports and Youth, will patronise at the Royal Opera House Muscat the 15th edition of the Aga Khan Award for Architecture, which is being hosted by the Sultanate of Oman for the first time on its 45th anniversary, with the participation of 463 competing projects.

The Aga announced the winning projects in this cycle, which are: the Bangladeshi “Urban River Spaces” and “Community Spaces”, the Indonesian “Plimpingsari Airport” project, the Iranian “Argo Museum of Contemporary Art and Cultural Center” project, and the “Renovation of Niemeyer Guest House” project. Lebanon, and the "CEM Kamanar Secondary School" project in Senegal.

For the first time, the Aga Khan Awards for Architecture and Music meet in one country and on the land of an Arab country, where His Highness Sayyid Belarab bin Haitham Al Said will patronise on October 30 the Aga Khan Music Awards ceremony, which was awarded to: Zakir Hussain from India, Avil Bokum from Mali, Asin Khan Langa from India, Compan Mint Elie Warqan from Mauritania, Daoud Khan Sadzai from Afghanistan, Benny Kandra Reni from Indonesia, Somik Datta from United Kingdom, Yahya Hussein Abdullah from Tanzania, Yasmin Shah Hosseini from Iran and Zarsanga from Pakistan.

The winners of the second cycle of the Aga Khan Special Prizes for Music are: Dilshad Khan from India, Kalashan Ensemble from Iran, Sin Zuhour from Pakistan, Zulkifli and Baram from Indonesia, and the Syed Muhammad Mousavi Institute and Mahor from Iran.

On 29 October, His Highness Sayyid Kamil bin Fahd Al Said, Secretary-General of the General Secretariat of the Council of Ministers, will patronize the Aga Khan Music Awards ceremony, which includes the distribution of the Walk of Creativity Award, with the participation of the Royal Oman Symphony Orchestra and the Aga Khan Music, and will be honored by Zakir Hussain, winner of the Lifetime Achievement Award and the researcher’s honor Musician Muslim bin Ahmed Al Kathiri from the Sultanate of Oman for his contributions to the preservation of the Omani musical heritage.

His Highness, Dr. Fahd bin Al Julandi Al Said, President of Sultan Qaboos University, will also sponsor a symposium for the winners of the Aga Khan Award for Architecture 2022, which will start at nine in the morning on Sunday, October 30, until one in the afternoon in Majan Hall at Al Bustan Palace Hotel, and will attend the symposium the most important experts, academics and architects in the international community and the Oman. The first session will focus on infrastructure in the context of the Sultanate of Oman, and the second session will revolve around the social impact of architecture in the context of Oman.

His Excellency pointed out that Oman will host during the coming period the Seventh International Photographers Forum, which will receive great media coverage, as well as the meetings of the Arab Musical Complex, and other external events aimed at promoting the Sultanate of Oman.

The celebrations will be held at the House of Musical Arts at the Royal Opera of Muscat, in the presence of a number of Their Highnesses and Excellencies Ministers and Undersecretaries, as well as a selection of Omani architects and musicians, in addition to approximately 250 international guests from around the world, members of the Steering Awards Committee, arbitration, finalists and winners of the Architecture and Music Awards.