Stage set for AFC Cup champs to be crowned 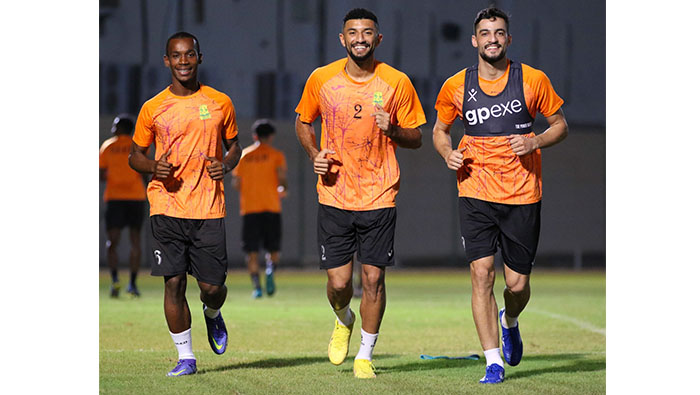 Muscat: With both the finalists of the 2022 AFC Cup attempting to win the trophy for the first time, the summit clash between Oman’s Seeb Club and Malaysia’s Kuala Lumpur City promises to be a cracker of a clash.
The final will be played at the Bukit Jalil National Stadium in Kuala Lumpur on Saturday [October 22]. The match kicks off at 3pm, Oman time.

No Oman club has ever reached the final of the continental competition and a victory for Seeb will script a golden chapter in the Sultanate of Oman’s football history.

Besides the honour of being crowned champions, the title will also secure the winners a place in next season’s AFC Champions League preliminary stage.

The eagerly anticipated showdown will be the second match in the tournament’s history to implement the Video Assistant Referee (VAR) system, following its debut in the AFC Cup 2021 final clash between Bahrain’s Muharraq Club and Uzbekistan’s FC Nasaf.

Seeb advanced to the final in a challenging fashion. Drawn in the West Zone’s Group A, Seeb kicked off their campaign with a 1-0 win over Syria’s Jableh. That was followed by a 2-1 defeat to three-time AFC Cup winners Kuwait SC but Seeb were at their best in the next game as they cruised to a 4-0 win over Al Ansar to finish as the Group A winners.

In the West Zone semifinals, Seeb beat Al Arabi of Kuwait 2-1 in extra-time. The West Zone final saw Seeb trounce Bahrain’s Al Riffa 4-0 at the Seeb Sports Stadium to move within one match of becoming the first club from Oman to win an AFC club competition.

KL City advanced from the ASEAN Zone Group Stage as the best runners-up from the three groups. They won 6-5 on penalties against Viettel FC of Vietnam in the ASEAN Zone semifinals and followed it with a win over PSM Makassar in the ASEAN Zonal final. KL City journey continued as they recorded an 5-2 win to advance to an Inter-Zone semifinal against India’s ATK Mohun Bagan, the South Zone winners. They won 3-1 to set up an Inter-Zone final against PFC Sogdiana of Uzbekistan. KL defeated the Uzbek side in a penalty shootout 5-3 to book a final date with Seeb.