IMF says Germany and Italy to slip into recession in 2023 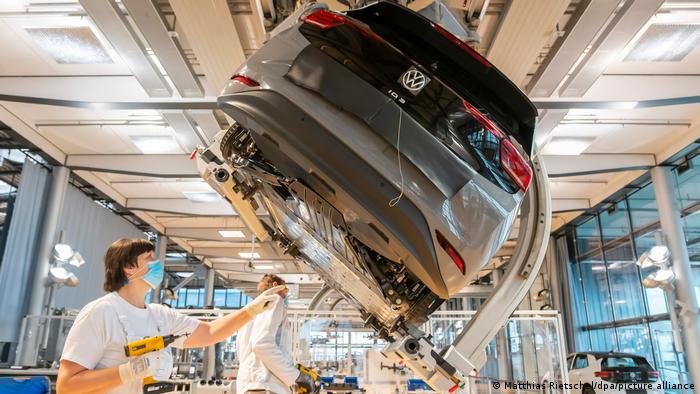 The International Monetary Fund (IMF) on Tuesday predicted that Germany and Italy would both tip into recession next year, as it also lowered its global growth forecast.

If the assessment is correct, it would make the two G7 nations the first advanced economies to contract in the wake of Russia launching its invasion of Ukraine.
What did the IMF say?

In an update to its World Economic Outlook, the IMF said the German economy was now expected to shrink by 0.3% in 2023. The IMF had previously forecast 0.8% growth for the country.

Germany — Europe's largest economy — is heavily dependent on Russian gas, which Moscow has cut in suspected retaliation for Western sanctions.

Italy, which is also reliant on Russian fuel imports, is set to see its Gross Domestic Product (GDP) contract by 0.2% — down sharply on the July forecast of 0.8% growth.

Although the eurozone is expected to avoid a recession, the output of the 19 countries in the single-currency bloc is forecast to grow by just 0.5%, worse than previously predicted.

"Weak 2023 growth across Europe reflects spillover effects from the war in Ukraine, with especially sharp downward revisions for economies most exposed to the Russian gas supply cuts," the IMF said.

The report also mentioned "tighter financial conditions" for the eurozone, with the cost of borrowing having risen by 50 basis points in July and 75 points in September.
Global gloom dims outlook

The global economy is now expected to grow by 2.7%, 0.2-percentage-points lower than previously expected.

While increased energy prices were the major problem for the eurozone, outbreaks of the COIVID-19 pandemic in China have become a persistent cause of supply chain problems. China's growth is forecast to accelerate to 4.4% next year, meager by Chinese standards and 0.2% down on July's outlook.

Although the United States' labor market remains strong, job growth appears to be slowing in response to the US Federal Reserve’s aggressive interest rate increases.

The world economy has run into multiple obstacles, with the war in Ukraine driving up food and energy prices already elevated by the COVID pandemic. Soaring inflation and rising interest rates also threaten to reverberate.

"This year's shocks will re-open economic wounds that were only partially healed post-pandemic," IMF economic counselor Pierre-Olivier Gourinchas said in a blog post that accompanied the latest outlook.

Russia's outlook has improved since July, although it is still in negative territory. The sanctions-hit economy is expected to contract by only 2.3% next year, compared to 3.5% predicted before.