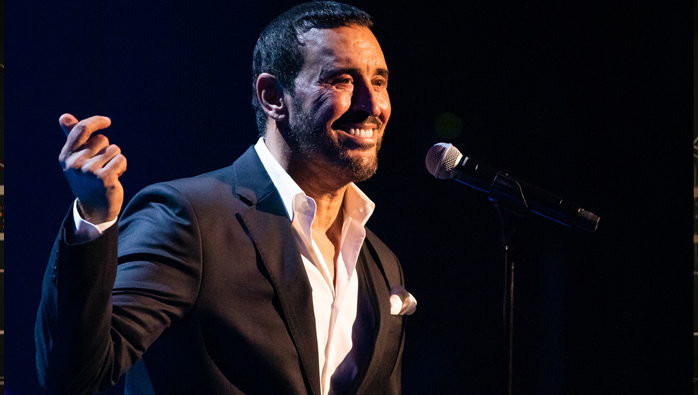 Iraq-born Kadim Al Sahir has established himself as the biggest singer in the Middle East, having sold more than 30 million albums since the start of his career.

Ranging from big romantic ballads to more political work, from pop to Arab classical, he's covered the spectrum of music with the kind of success not seen since the heyday of Umm Kalthum.

After an unconventional start, he was accepted into the Baghdad Music Academy at the age of 21. His first hit was Ladghat El Hayya (The Snake Bite), which was broadcast on Iraqi television in 1987. He began giving concerts all over the Gulf and recording for labels in Kuwait.

His concert will feature a selection of songs including Obart Al Shat (I Crossed the Ocean), La Ya Sadiki (No, My Friend),and hits from his collaboration with the poet Nizar Qabban.

Al Sahir continues to release albums and tour, having become the biggest name in Middle Eastern music. His ballads have grown bigger and more romantic, but he also writes classically influenced works. He won a UNICEF award for his song Tathakkar, which he performed in the U.S. for Congress and the United Nations. The following year, he recorded a tribute to the Pope with the Italian Symphony Orchestra.

The performance will take place at the Royal Opera House Muscat over three nights on October 13, 14 & 15, at 7pm. For more details on what events are taking place at the opera house please visit the ROHM box office, website or app.