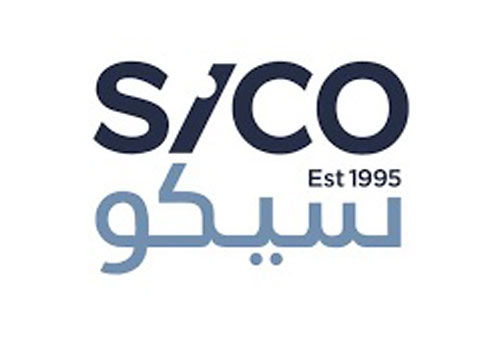 The report is based on insights gained from an exclusive discussion between Sumaya Aljazeeri, Assistant Vice President from SICO’s Investment Research, and HE Dr. Said Al Saqri, Minister of Economy in Oman, in addition to insights from government representatives from the Ministry of Finance and Oman Vision 2040 team during the MSX Roadshow Conference attended on September 5-6.

The year 2022 for Oman is a year of re-arranging the books, and can be best described as a year of transitioning towards stronger growth in the medium-term (2023-2025). The recovery witnessed in the Omani economy, lowering debt to GDP, and focusing on capex and investment spending are all promising and commendable, yet Oman continues to face challenges from upcoming debt maturities of nearly USD 12-13bn by 2025, inflationary pressures resulting in higher subsidy bills (namely food and oil products subsidies), slower return of expats, and modest lending growth to the private sector.

In parallel, the introduction of the VAT has positively contributed to revenues, and the income tax – if implemented as scheduled in 2024 – is another step in fiscal revenue diversification. Yet, the extension of planned electricity and water subsidy reforms across a ten-year horizon rather than five (originally targeted for 2025), as indicated by the Ministry of Finance, could me a possible delay in the introduction of the income tax, potentially slowing down diversification away from oil and gas revenues.

Fiscal spending has seen a change in direction in 2022 after a slowdown in public spending in the last three years. Capitalizing on higher oil and gas revenues, the government has increased capex allocation and is adopting proactive investment planning across sectors. The government’s pipeline is focused on multiple key projects in the services’ sector, mainly logistics, transport, and the oil and gas sector. Accordingly, development expenditure allocation for the year 2022 has increased from OMR 900 million to OMR 1.1 billion, thanks to a positive fiscal balance in 1H22. Oman Investment Authority (OIA) also plans to list some owned entities on MSX and attract OMR 11 billion in investment opportunities, which reflected increased proactivity in focusing on investments, FDI, and capital market development. Nonetheless, the rate at which the economy picks up and investment spending becomes reflected in projects on the ground will set the momentum of growth for Oman and show sincerity to foreign investors.

Based on this, investment spending will be a key driver in sustaining the upward trajectory of real GDP growth which has seen growth levels reach 3% in 2021 and 2% in 1Q22. According to official estimates, real GDP growth. is projected to reach 5% in 2022e, which implies an expectation of much stronger growth in the remaining quarters. However, considering the banking sector showed a mere 1.2% YTD growth in loans, while lending to the private sector showed marginal growth of 0.2% as at 1H22, in addition to other indicators such as labour market metrics, the pace of recovery remains slower than projected, and the report assumes that official outlook for 2022 of real GDP growth reaching 5% is optimistic, yet more likely achievable over the 2022-2023 period.

The report concluded that Oman is in a transitory phase progressing towards higher growth albeit slower than its GCC peers, as it makes strides in achieving set targets in the tenth five-year development plan. The Minister of Economy HE Dr. Said Al Saqri and representatives from key bodies confirmed to the SICO team that the government’s strong commitment to re-focusing expenditure on development, curtailing debt growth, and attracting investments by further opening the economy and encouraging FDI. The rate at which the economy picks up and investment spending gets reflected on the ground will set the country’s growth momentum. Therefore, supporting economic recovery until it is firmly cemented in the medium-term should remain a priority in 2022 to set the path for stronger growth towards the second half of this five-year period (2H23 – 2025).