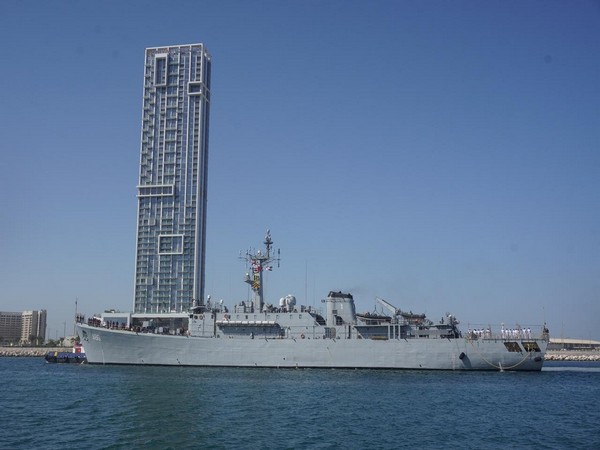 The ships were received by the Defence Attache at the Embassy of India and officials of the UAE Navy.

After the three ships arrived at Port Rashid, Dubai, professional interaction and a brief walkaround of the vessel were undertaken for visiting UAE naval officers.

Moreover, community interaction sessions and cross-training visits are planned during the port call.

Earlier on October 4, the ships of the First Training Squadron arrived at Port Al-Shuwaikh, Kuwait and were accorded a warm welcome by senior officers of the Kuwaiti Naval forces, Border Guard and the Embassy of India officials besides school children.
The vessels are deployed in the Persian Gulf as part of their training deployment. The First Training Squadron (1TS) is based at Kochi and is part of the Southern Naval Command, the Indian Navy's Training Command.

"The deployment of 1TS is aimed at exposing the trainees to the conduct of various evolutions at sea and port familiarisation. The present deployment also provides an opportunity in exposing the trainees to the sociopolitical, military and maritime linkages of India with friendly countries in our maritime neighbourhood," the Union Ministry of Defence said in a press release.

There has been a regular exchange of high-level interaction between India and UAE in 2022.