Businessmen stress importance of participating in OCCI Board of Directors elections 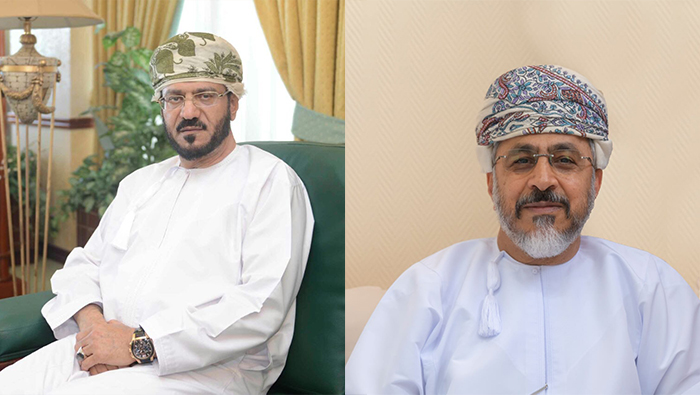 Muscat: The Royal Decree No. 56/2022 issuing the Oman Chamber of Commerce and Industry (OCCI) is evidence that the Sultanate is moving steadily towards achieving Oman Vision 2040 goals and themes namely ‘Man and Society’, ‘Economy and Development’, governance and institutional performance.

With regard to the second theme ‘Economy and Development’, the Sultanate has been keen to enhance the participation of the private sector in economic growth and development by giving it the opportunity to express its voice, views and proposals and communicate them through the right channels to decision-makers.

The Royal Decree No. 56/2022 regarding the elections of the OCCI Board of Directors emphasised the fact that OCCI is the official representative of the private sector The Royal Decree gave everyone the right to participate in this important democratic event in a way that ensures the success of this process and achieves its future goals. The Royal Decree has provided a set of terms and conditions that the voter or candidate must meet.

The candidate should be an Omani national except for those nominated for membership of the OCCI Board from among the representatives of public shareholding companies listed on the Muscat Stock Exchange, and foreign investors holding investor residency. The candidate should have been a member of OCCI for a period of no less than (5) five years Other conditions include that the age is not less than 30 Gregorian years, and he should not be an employee in one of the units of the state’s administrative apparatus and other public legal persons, or a paid worker in the private sector inside or outside the Sultanate of Oman - except the nominees from among CEOs in public shareholding companies.

OCCI’s new system also states that for the registered member to cast his vote at the OCCI election, he must have paid OCCI annual subscription fees and should have at least one Omani worker at his company, or be a holder of a Riyada card from the Authority for Small and Medium Enterprises Development.

The legislator defined the OCCI roles and responsibilities which include proposing the general strategy regulating the activities of the private sector, setting the necessary plans which should be in line with the general policy of the state, expressing an opinion on the legislation regulating private sector activities and other economic legislations before issuance, submitting proposals for amending the laws in force, and referring proposals related to the development of the commercial, industrial and economic sectors to the authorities concerned .

OCCI’s roles also include preparing studies, research and reports concerned with evaluating and developing the performance of various commercial, industrial and economic sectors, diagnosing problems, identifying challenges, building strategic partnerships with universities and research centres to develop all sectors, and encouraging registered members to participate in conferences, workshops, seminars and related courses organised by OCCI or governmental or non-governmental agencies. The roles also include seeking to amicably settle commercial disputes that may arise among OCCI members.

“The Decree No. 56/2022 issuing the OCCI system came with fundamental changes that serve the private sector and enhance its participation in the economic development of the Sultanate of Oman. This includes changing OCCI Board of Directors membership composition,” said Sheikh Salem bin Ahmed Al-Ghazali, Chairman of the Board of Directors of the Golden Group Holding.

“The Royal Decree stated that the membership of the OCCI Board of Directors shall be five members from the Governorate of Muscat, 10 chairmen of OCCI branches in addition to five members representing the public joint stock companies listed on the Muscat Stock Exchange and one member representing foreign investors holding an investor residence permit. These fundamental changes support the private sector and enhance its influence in decision-making,” Al Ghazali added.

“We hope that this election process will bring positive results that achieve the goal behind these changes and contribute to activating OCCI’s roles in the socio-economic development process taking place in the Sultanate,” he concluded.

“This democratic event is expected to play a major role in accelerating economic growth and progress and contribute to achieving the goals of Oman’s Vision 2040. These elections are an opportunity for all companies and institutions to cast their vote, ensuring that we have qualified and efficient members on OCCI’s Board of Directors. These elections also guarantee an honourable representation of the private sector at the local and international forums,” he added.