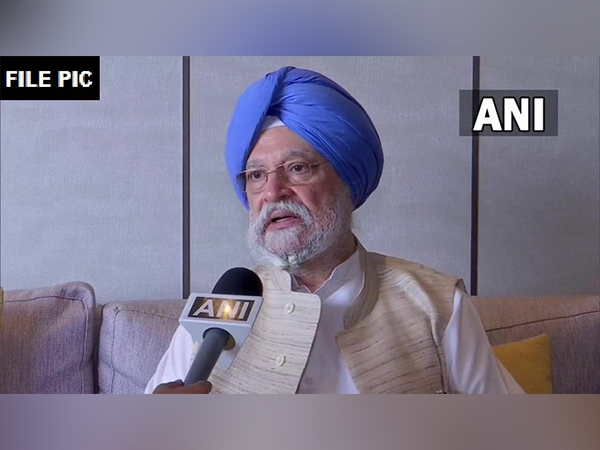 Washington: Union Minister for Petroleum and Natural Gas Hardeep Singh Puri on Friday (local time) said that India will navigate through the Organisation of Petroleum Exporting Countries Plus (OPEC+) decision to cut oil production from November by a steeper than expected two million barrels per day (bpd). "How will this impact India? We are very confident of being able to navigate through the situation," Puri said while speaking to reporters in Washington.

Puri highlighted India is one of the largest oil importers and the demand is expected to rise driven by an increase in India's per capita consumption of energy which currently stands at one-third of the global average. Puri further stressed that the fuel demand is expected to keep rising as the country's economy grows.

"I say this again with the view of confidence and most analysts feel that the 25 per cent of the global increase in demand will come from India in the coming decade, so, I see this 5 million barrels a day consumption going up to six and seven.. the economy is growing at 7 per cent and energy is a critical driver of that economic growth," Puri added.

The 13-nation OPEC group, plus 10 allies led by Moscow, agreed at a meeting in Vienna to slash output. Puri underscored that this decision by the OPEC+ alliance of oil-exporting countries to sharply cut production and boost crude prices will give a blow to consuming nations globally and that the move has taken many by "surprise."

"The market was already preparing for it on a one million barrels cut. So, the announcement of a two million barrel cut has taken large parts of the world., again, I'm choosing my words very carefully, by some surprise and questions being asked," the Petroleum Minister explained.

OPEC+ decision is the first large reduction in output since the pandemic began has given speculators a prelude to possible further production cuts and price rises. Asked how India will walk the tightrope with OPEC+ on one side and US on the other, "If you are clear about your policy, which means you believe in energy security and energy affordability, you will buy from wherever you have to," Puri told ANI.

"There are countries in OPEC+ they never turned around and told us that they don't want to sell to us. Well, if you don't sell to India and China they're not too many big markets left," Puri further asserted.

Earlier, Indian economist Dr Charan Singh called India 'fortunate' enough as the country is not going to be badly impacted by these policies as it is not on the verge of recession.
The economist also stressed the fact that India may get impacted because of the overall price but can insulate itself as far as the bigger picture is concerned.