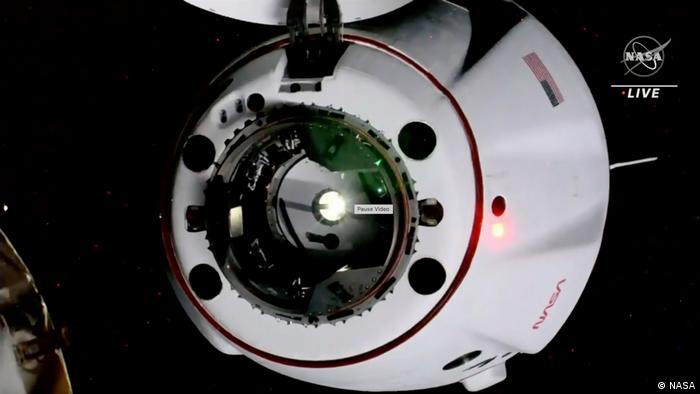 A SpaceX capsule carrying a Russian cosmonaut and the first Native American woman in space docked with the International Space Station (ISS) on Thursday.

The Crew Dragon spacecraft named "Endurance" met with the orbiting research station 30 hours after launch from Cape Canaveral in Florida.

Anna Kikina, the first Russian aboard an American spacecraft in 20 years, was accompanied by Native American commander Nicole Mann, Josh Cassada of the United States and Koichi Wakata of Japan, the only one among the four with prior space flight experience.

Mann is a member of the Wailacki of the Round Valley Indian Tribes in California.

The laughing new arrivals could be seen floating headfirst down the cushioned corridor into the station on a live NASA feed.

"Crew-5 is happy to have finally arrived at the International Space Station," radioed commander Mann moments after the linkup was completed. "We are looking forward to getting to work."

The docking took place 260 miles (420 kilometres) above the Atlantic just off the west coast of Africa.