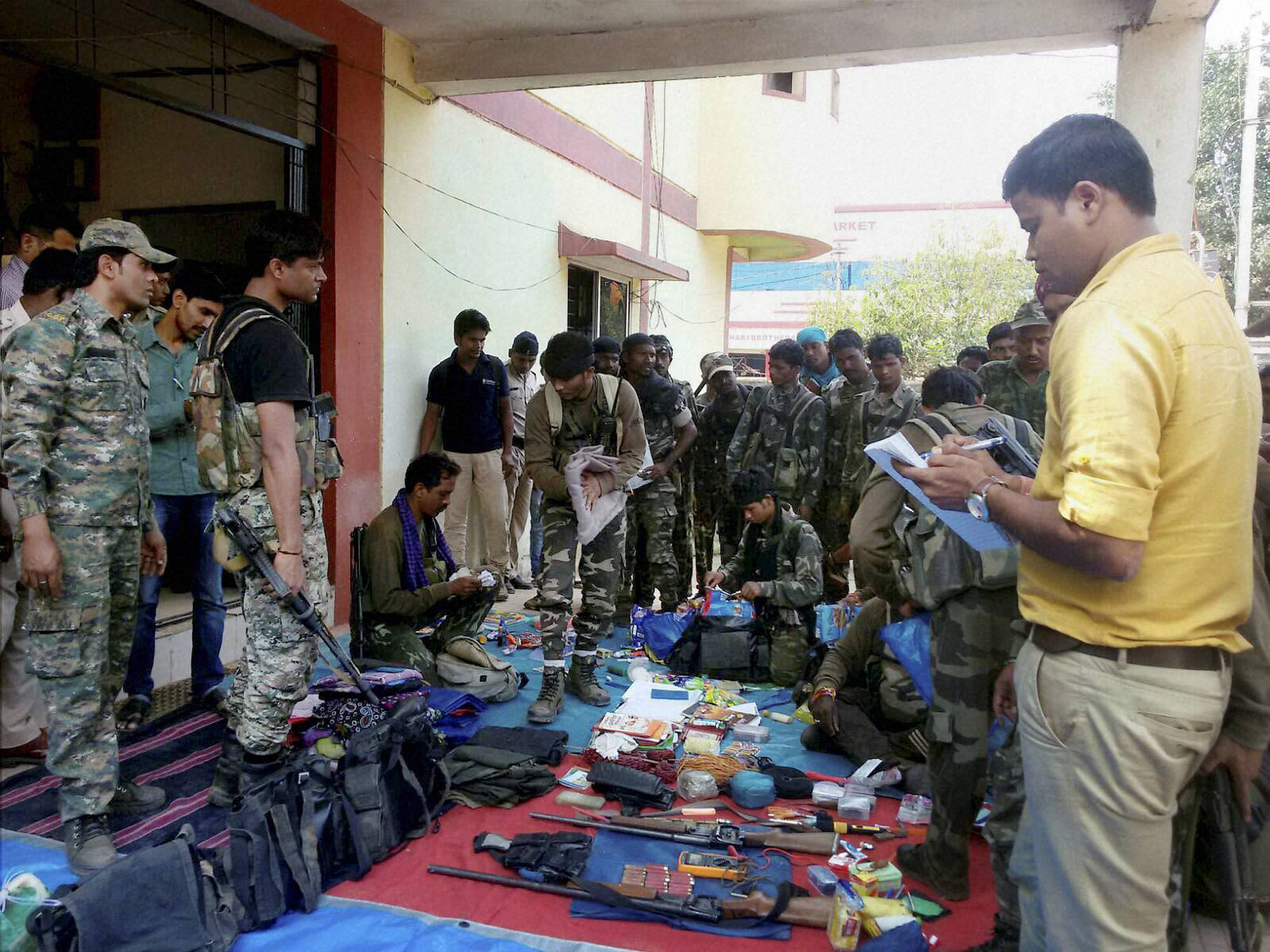 Raipur: Three Naxals were on Tuesday killed in a gun battle with security forces in Chhattisgarh's Sukma district, police said.
The encounter took place after the forces launched an operation to capture a Maoist commander who was said to be in the area. "The operation was launched collectively by state's District Reserve Group (DRG), CRPF's Commando Battalion for Resolute Action (CoBRA) and district force under Gadiras Police Station limits," Sukma Superintendent of Police Indira Kalyan Elesela said.
The exercise was carried out on the basis of information about presence of Bhime, a Maoist commander of Badesatti LOS (local organisation squad), in the area.
"We received inputs that Bhime was camping along with 15-20 armed cadres near Bandem since last night. We mobilised our composite force towards the region to nab him," the officer said.
When the security forces reached the forests of Badesatti village -- a Maoist hotbed located around 450km from here, armed insurgents opened indiscriminate fire on them, triggering a gun fight between the two sides, the SP said.
"So far, bodies of three Maoists, besides tiffin bombs and other Naxal-related items, have been found," he said.
It was not known if Bhime was present at the encounter spot. Further details will be known once the security personnel return to their camp, Elesela added.