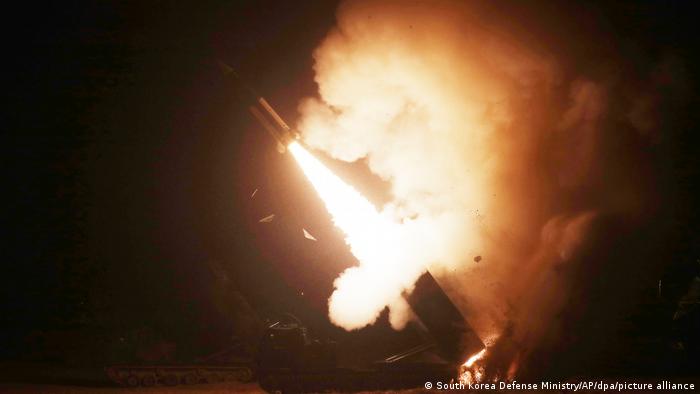 South Korea and the United States fired four missiles into the Sea of Japan, Seoul said on Wednesday, a day after North Korea launched an intermediate-range missile over Japan for the first time in five years.

The two countries each fired a pair of US-made ATACMS short-range ballistic missiles, according to a statement.

The South Korean military said the launches were a retaliation to Pyongyang's farthest-ever missile test. South Korea's President Yoon Suk Yeol had previously vowed a "stern response" against the North.

Separately, South Korea also launched a Hyunmoo-2 missile that malfunctioned shortly after launch and crashed, causing panic in the city of Gangneung. There were no reports of injuries.


The missile launches come just over a month after Seoul and Washington kicked off the biggest joint military exercise in the region in years.

Earlier on Tuesday, a South Korean F-15K fighter jet dropped two precision bombs on a virtual target on the uninhabited Yellow Sea island of Jikdo as part of a drill with US forces.

The joint exercise was intended to demonstrate the allies' "capabilities to conduct a precision strike at the origin of provocations," Seoul's Joint Chiefs of Staff added.

Fears of a nuclear test


North Korea's missile launch over Japan on Tuesday was the latest in a record year of sanctions-busting record tests by the isolated regime. Pyongyang launched five missiles in the past 10 days alone.

South Korean and US officials have warned about a potential North Korean nuclear test for months, as has the United Nations. Some observers say the missile launches and military exercises on Wednesday are unlikely to deter Pyongyang.

"Regardless of today's missile launch by the US and South Korean military, North Korea's plan to carry out its next nuclear test will not change," Yang Moo-jin, a professor at the University of North Korean Studies, told the AFP news agency.

"It's likely that Pyongyang's going to ridicule today's missile launch — especially since one of the launches failed — and proceed with their next nuclear test, given the law changes they made on the nuclear use in September."