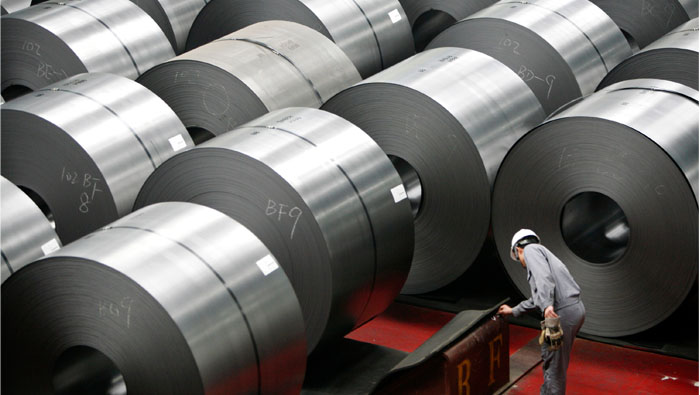 Beijing: China could file suit at the World Trade Organisation (WTO) in order to protect its steel industry, the Commerce Ministry said on Tuesday, after the United States said some steel imports from China were hitting US producers.
The US International Trade Commission said on Friday that imports of corrosion-resistant steel from China and four other countries were harming US producers, the final step in the imposition of US anti-dumping and anti-subsidy duties.
The US Commerce Department had already slapped duties of up to 450 per cent on the steel products from China and duties ranging from 3 per cent to 92 per cent on corrosion-resistant steel from Italy, India, South Korea and Taiwan.
The ministry said Washington's large anti-dumping and anti-subsidy duties would force Chinese companies to pull this type of steel product out of the US market. "China's steel industry export interests will suffer a serious impact and the Chinese steel industry is strongly opposed to this," the ministry said in a statement posted to its website.
"With regard to the United States' mistaken methods that violate WTO rules, China is and will continue to take all measures, including filing suit at the WTO, to strive for fair treatment for enterprises and safeguard their export interests," it said.
Steel mills in China, the world's biggest producer and consumer of the metal, have raised production and beefed up exports despite the government's efforts to cut overcapacity. This has escalated trade spats between China and other steel producing nations, such as Japan, India and the United States.
The Commerce Ministry has said that it is deeply concerned about protectionism in the U.S. steel sector. It argues that the difficulties facing the global steel sector have resulted from falling demand, and that trade protectionism from the US will intensify conflicts and disputes.