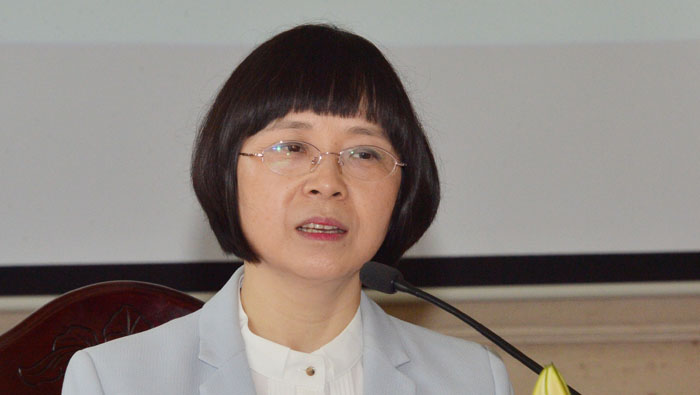 Muscat: The Sultanate’s important role in the Belt and Road Initiative, has been highlighted by Li Lingbing, Ambassador of the People’s Republic of China to the Sultanate who pointed out the traditional friendly relations between the two countries, and the important role of Oman on the belt and road since ancient times.
“The Omani and Chinese sides announced last year the establishment of strategic partnership and signed the” Belt and Road “cooperation document. Oman officially joined the circle of friends of “Belt and Road”, she said in a press conference held at the Chinese Embassy in Muscat.
The Sultanate and China share a long historical heritage, she said adding that Oman enjoys an important geographical location and excellent ports, such as Duqm, Salalah and Sohar that have a natural advantage in participating in building the “Belt and Road”.
With the joint efforts, China and Oman have achieved fruitful results in building the “Belt and Road” in terms of policy coherence, she added. The two sides signed a memorandum of understanding on cooperation in building the “Belt and Road” in 2018.
On the volume of trade between Oman and China, she said it was $21.939 billion in 2018, an increase of 40 per cent year-on-year in terms of money circulation, and the volume of Chinese investments in the Sultanate is over $6 billion in 2018.
During the press conference, she spoke to the second session of the “Belt and Road” Forum for International Cooperation in Beijing from April 25th to 27th, under the theme “ Belt and Road Cooperation: Shaping a Brighter Shared Future.”
She noted that during the forum, the loans project of Oman Telecommunications Company was included in the list of investment projects for the “Results Document for the second session of the Belt and Road Forum for International Cooperation”. The project will receive joint support from China Silk Road Fund and the Asian Investment Bank in infrastructure in the future. The second session of the “Belt and Road” Forum for International Cooperation was attended by 37 countries in addition to the Secretary-General of the United Nations, the President of the International Fund, senior representatives of 7 countries and the Alliance of Regions and about 5,000 foreign guests from more than 150 countries and more than 90 international organisations.