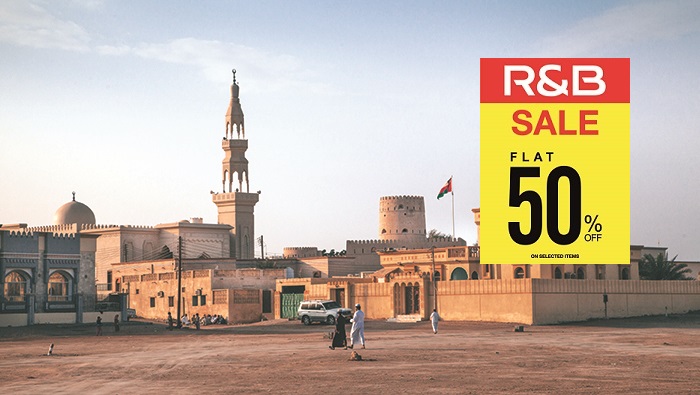 Ras Al Hadd Fort is an old Islamic fort located in Ras al Hadd village in Ash Sharqiyah Governorate, Oman. It is one of the main tourist and historical attractions in the Wilayat of Sur, in particular and the Governorate of South A’Sharqiyah in general. It is located in the Nayabat of Ras Al Hadd, about 35 kilometres away from the centre of the wilayat.

The sun first rises on the Niyabat of Ras Al Hadd in the Arabian Peninsula, and acts as the separation between the Sea of Oman and the Arabian Sea. The fort is located on a high plateau overlooking the residential areas of the Niyabat, as well as naval locations of the ships and the entrance of the Al Hajar creek that runs from the Sea of Oman.

The fort was built during 1560 to 1590 by all tribes of the Niyabat, which took about three decades of construction. The fort consists of a castle and two towers connected by a large wall. The base is about 3 metres in width. It is a solid foundation built of plaster and stone.
When one arrives at the fort, he or she is faced by a large gate, which is 2.5 metres in width and is 3 metres length.
In the east of the Ras Al Hadd Fort, there is an open room with a large seat. The room is 3 metres wide, 6.5 metres long, and 3.5 metres high.
It was used as a waiting hall, in addition to the Al Sabla room “Majlis,” which was used to settle disputes. It is 3 metres in width, and 4.25 metres in length and 3.5 metres in height. There is also another room that was used as a temporary prison, which is 3 metres wide, 5.25 metres long and 3.5 metres high.
The fort also includes a castle, which used to act as a last line of defence. It is 13.25 metres in height, 13 metres wide and 16 metres long. There is a tower that has a diameter of 7 metres. There is also an 8 metre basement, which turns eastward and out of the borders of the eastern wall extending about 500 metres.