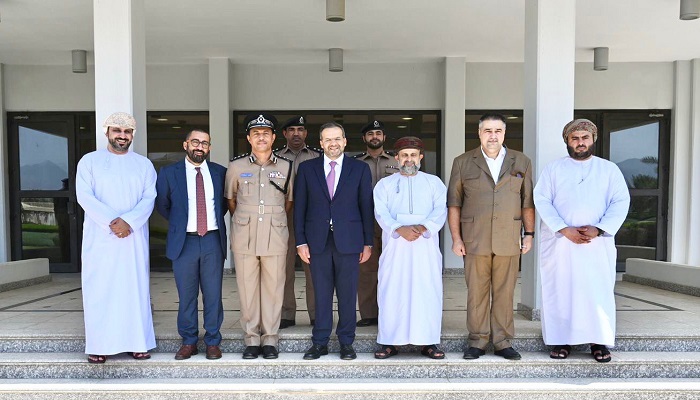 Muscat: The delegation of the Office of the High Commissioner for Human Rights praises the humanitarian treatment of the inmates in the Sultanate of Oman central prison.

His Excellency Mohamed Al Nsour, Head of the Middle East and North Africa Department of the United Nations High Commissioner for Human Rights, praised what he witnessed and the humane treatment received by the inmates of the central prison. There is provision of regular visits to their families, and the provision of a monthly stipend to the inmate’s family during the period of serving his sentence in the central prison. In addition to the subsequent follow-up, the released people receive after serving their sentence to ensure their integration into society and their return to their normal lives, which reflects the interest and keenness of Oman to implement international laws and observe human rights.

During the visit, the UN team inspected the prison facilities, toured its wards and its various sections, and watched closely the services provided to inmates, met some of them, and spoke to them. He also watched the training workshops through which inmates produce antiques, gifts, pottery, and other handicrafts, in addition to the lecture halls, the prison studio, and learned about the cultural and sports activities offered to inmates, and the books that are provided to them through the central prison library. Which operates the electronic deposit and borrowing system.

The UN delegation also toured the prison hospital, and was briefed about the services provided to patients, the health care that is provided to inmates, and how to deal with various disease cases, including emergency cases, and chronic diseases.

In conclusion, the UN delegation expressed its thanks and appreciation to the General Directorate of Prisons of the Royal Oman Police, expressing the readiness of the High Commissioner to hold training courses for reformers and rehabilitation personnel to apply the foundations and standards for inmates in line with internationally agreed principles.

The UN delegation also expressed its satisfaction with the existing cooperation between the “Omani Human Rights Committee” and the General Administration of Prisons with regard to the rights of inmates, and allowing the committee’s specialists to conduct field visits in accordance with the requirements of international laws in force with regard to the rights of inmates, with the existence of communication channels, and communicating inmates’ requests to the Committee and enable her to visit those who would like to meet her.