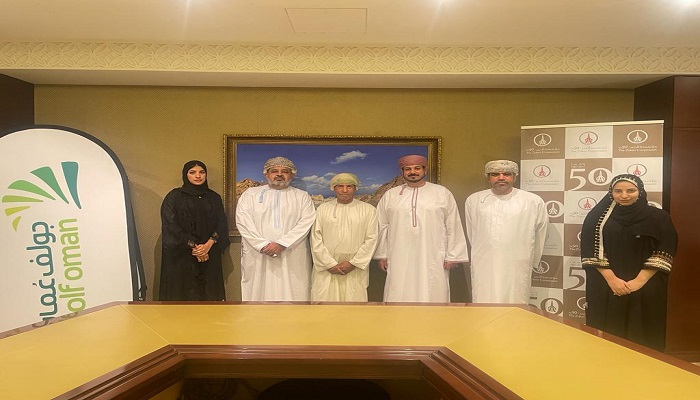 Muscat: The Zubair Corporation recently supported and sponsored the Oman Open Golf Championship, organised by the Oman Golf Association. This step stems from the framework of the Corporation's policy to support activities and events conducted by sports associations and committees in the Sultanate, and enhance its role in the development of the local community. In addition, it will also contribute towards strengthening its partnership between government and private entities and supporting sports activities, by promoting them as tourism-based events.

This championship will be held in seven rounds, taking place across famous locations in Italy. It will kick off in September and conclude in Muscat in March 2023. The event will see the presence of several invitees, ranging from businessmen, investors, members of the seven clubs and other notable individuals.

Highlighting the importance of the event, Hilal Al Siyabi, Chief Corporate Services Officer at The Zubair Corporation, stated, “The support extended by the Zubair Corporation to the Oman Open Golf Championship falls within the company’s framework of social responsibility. Through this step, we seek to promote the activities of various sports committees and associations and enable them to play their role in empowering the youth through sport or providing exposure to the Sultanate in global events. Over the years, the Corporation has previously sponsored several cultural and sports activities, which have had a positive impact on local associations.”

From his side, Munther Al Barwani, Chairman of the Oman Golf Association, said, “Golf has gained immense popularity in recent years, attracting several enthusiasts to take part on a large scale, as well an increasing number of local and foreign players. Hosting the Oman Open Golf Championship is part of the initiative spearheaded by the Ministry of Foreign Affairs and is carried out in collaboration with the Ministry of Heritage and Tourism to attract foreign investment and tourism to the Sultanate. The tournament will be held in seven rounds at seven different clubs in Milan, Italy. Players who qualify from each round will then come together for the final round, which will be held in Muscat, Oman, averaging a total of 14 players.”

“We will be presenting the participants with traditional Omani gifts at each round. We are also looking forward to seeing the presence of a number of notable personalities from the fields of business, tourism and media across Europe in the final round of the championship. Moreover, together with the Ministry of Heritage and Tourism, we will be conducting a cultural and economic tourism programme for the visiting delegation, over a period of two days. This will include sessions that target entrepreneurs, as well and introductory investment tours,” he concluded.