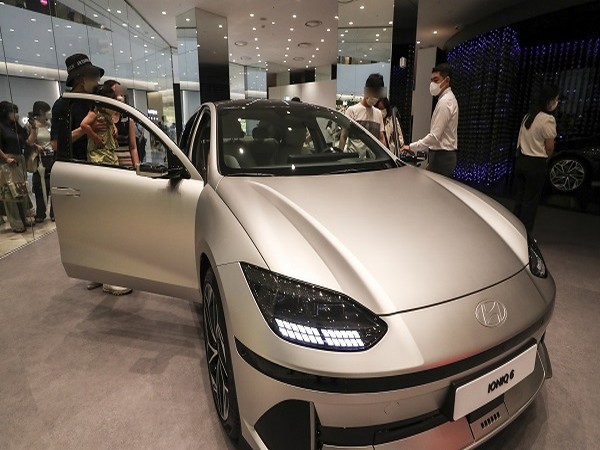 Using this, the government plans to produce 3.3 million electric vehicles (EVs) by 2030 to achieve a 12 per cent global market share, according to The Global Economic. It also plans to train more than 30,000 future car professionals. Through these strategies, the government plans to raise competitiveness to the highest level in response to the global trade order that returns to protectionism, such as the implementation of the US Inflation Reduction Act (IRA).

As of last year, Hyundai Motor ranked third and sixth in the global internal combustion car and EV market share, respectively. The South Korean government plans to raise them to the top 3 in the world.

At the meeting, Minister Lee presented a strategy to become the global top 3 in the automobile industry. It has the vision to become one of the top three automobile powerhouses through a rapid and flexible conversion to future mobility.

According to The Global Economic, the four major strategies include: becoming electrification global top-tier, flexible conversion of ecosystems, the establishment of stable supply chains, and the creation of new industries such as autonomous driving and mobility.

First of all, the government plans to strengthen the capabilities of the software and semiconductor sectors, which are key elements of electricity competitiveness, to accelerate the transition to software-defined vehicles (SDVs).

To this end, it will localise core automotive software such as operating system (OS) and Over-the-air (OTA) updates. In addition to this, it will expand and reorganize the Future Vehicle Human Resources Development Project (22.4 billion won in the 2022 budget) to train 10,000 software professionals by 2030.

It will also raise automotive chip market share from 3.3per cent in 2021 to 6.6per cent in 2030 by focusing on and developing 16 key products such as processors, sensors, and power semiconductors through four major strategies: preoccupation with core technologies, supply chain internalization, the establishment of the ecosystem, and corporate support.

With the development of object-oriented technology, the government also plans to improve competitiveness in mileage, efficiency, price, and design of EVs and hydrogen cars. It plans to shorten the EV charging time to five minutes by 2030 and increase the single charging mileage from the current 500km to 600km by 2025.

The Global Economic reported that government will also support the private investment of more than 95 trillion won in automobile industries over the next nine years.

Along with related ministries such as the Ministry of Land, Infrastructure and Transport, the government plans to develop and demonstrate public service (support for vulnerable road users, patrol), untact service (unmanned sort, health care), infotainment (AI tour guide), and autonomous and connected-service contents.