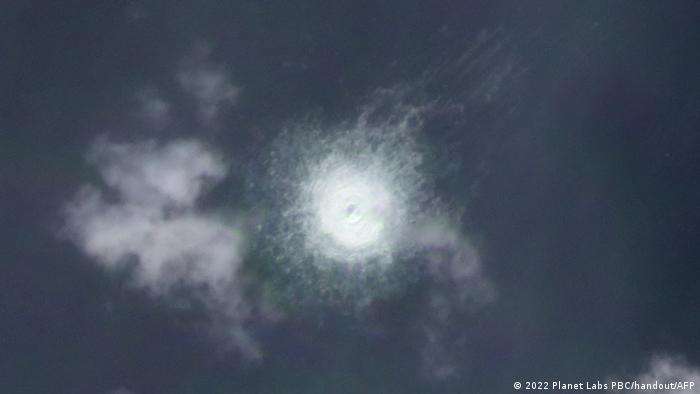 The European Union on Wednesday threatened countermeasures against the perpetrator of damage to gas pipelines in the Baltic Sea, saying the leaks were "not a coincidence."

"The European Union is deeply concerned about damage to the Nord Stream 1 and 2 pipelines that has resulted in leaks in the international waters of the Baltic Sea," the bloc's top diplomat, Josep Borrell, said in a statement.

"We will support any investigation aimed at getting full clarity on what happened and why, and will take further steps to increase our resilience in energy security," the statement added.

His remarks come after three leaks were found in the pipelines, which carry gas from Russia to Europe via the Baltic Sea. The pipelines are situated in international waters but in the exclusive economic zones of Denmark and Sweden off the Danish island of Bornholm.

What else did Borrell say?


"All available information indicates those leaks are the result of a deliberate act,'' Borrell said in the statement, issued on behalf of the 27 EU member countries.

"Any deliberate disruption of European energy infrastructure is utterly unacceptable and will be met with a robust and united response,'' he added.

"These incidents are not a coincidence and affect us all."

What happened to the pipelines?


Three unexplained gas leaks occurred on the Nord Stream 1 and 2 pipelines on Monday. They were preceded by two large explosions that were registered by seismologists.

The pipelines are both filled with natural gas but are not delivering the fuel to Europe amid tensions with Russia caused by its illegitimate invasion of neighboring Ukraine.

Analysts say the damage would likely prevent the pipelines from transporting any gas to Europe even if the political situation changed to allow deliveries. The Nord Stream 1 pipeline has already been used to supply gas, while the Nord Stream 2 pipeline was ready to go into operation before the war in Ukraine put a stop to the venture.

Although European authorities are strongly of the opinion that the damage was deliberate, no pointers have yet emerged as to who might have caused it or why.

What has been the international response so far?


Danish Prime Minister Mette Frederiksen has said that "it is the authorities' clear assessment that these are deliberate actions — not accidents.''

But she added, "There is no information indicating who could be behind it,'' and she rejected the suggestion that the incident was an attack on Denmark, saying the leaks occurred in international waters.

Denmark's defense minister, Morten Bodskov, said on Wednesday there was reason to be concerned about the security situation in the Baltic Sea region

"Russia has a significant military presence in the Baltic Sea region and we expect them to continue their saber-rattling," Bodskov said in a statement following a meeting with NATO chief Jens Stoltenberg in Brussels.

Norway, which has become the biggest gas supplier to Europe after Russia largely ceased deliveries in suspected retaliation for European sanctions, has said it will boost security around its oil installations after the suspected sabotage.

"The government has decided to put measures in place to increase security at infrastructure sites, land terminals and platforms on the Norwegian continental shelf," Norwegian Energy Minister Terje Aasland said in a statement late on Tuesday.