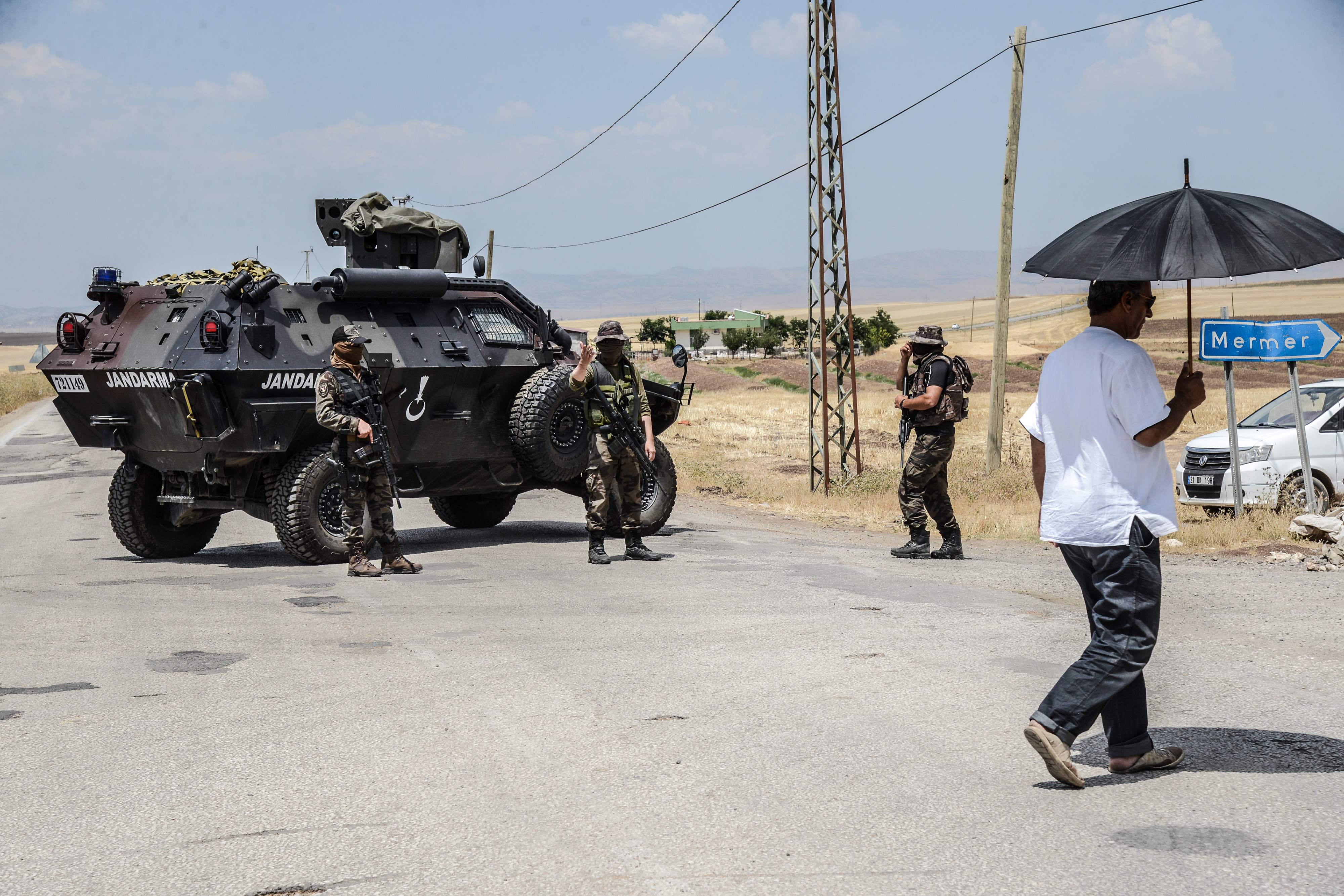 Diyarbakir: One police officer was killed and seven people were wounded in Turkey's southeastern province of Diyarbakir on Tuesday when a bomb exploded as an armoured police vehicle was passing, security sources said.
The blast hit an area near a state hospital in the district of Dicle, north of the region's largest city, Diyarbakir. A police officer who suffered serious injuries died at the hospital, the sources said. Another police officer and six civilians were being treated for injuries, they said. Bomb attacks on security forces have surged since a two-year ceasefire between the state and the outlawed Kurdistan Workers Party (PKK) collapsed last July.
The autonomy-seeking PKK, considered a terrorist group by the United States and European Union, took up arms against the state three decades ago. In recent months the violence has been at its most intense since the peak of the conflict in the 1990s.
Separately, the Turkish military said in a statement that it carried out air strikes on Monday on PKK targets in northern Iraq, hitting shelters, caves and weapon positions in the Qandil mountains where the group's leadership is based.