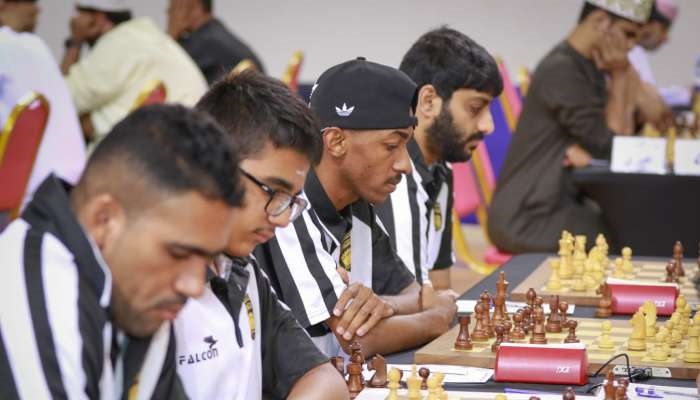 Muscat: The Oman Chess Committee (OCC) is all set to organise 2021-22 Asian Amateur Chess Championship which will be held in Muscat from September 29 until October 5 at the Sultan Qaboos Sports Complex in Bausher. The organising committee unveiled that 204 players representing 23 countries confirmed that they will take part in the championship and the players are from: Bahrain, India, Iran, Iraq, Jordan, Japan, Kazakhstan, Kyrgyzstan, Saudi Arabia, Kuwait, Lebanon, Malaysia, Nepal, Pakistan, Philippine, Palestine, Qatar, Sri Lanka, Tajikistan, Syria, United Arab Emirates, Yemen, and the hosts Sultanate of Oman.

Ahmed Darwish al Balushi, Chairman of OCC, affirmed that the organising committee completed all the technical and logistics preparations. “ Special thanks to all the committee members and to the officials at the Ministry of Culture, Sports and Youth for their supports and hard works towards hosting the Asian chess event. OCC have been awarded the rights to host the prestigious event after meeting all the requirement of the Asian Chess Federation. Oman have a capable sporting infrastructure, logistics arrangement and the qualified human resources to host the Asian event. We are looking forward to organise a successful edition of the tournament,” he added

The chief of OCC highlighted on the national team’s players to compete on the top places. “ The national chess team who will represent Oman in the event featured ten players from men and women teams. Salim al Amri, Salim Shamas, Manaa al Kathiri, Ameen al Ansi, Abdulrahman al Zadjali and Anas al Darwashi will be in men squad. The women team squad comprised of Anat al Ayessai, Afraa al Balushi and Al Anood al Ghafri. The national players are currently in domestic preparatory camp under watchful eyes of the Iranian and Yemeni coaches Basheer al Qudaimi and Mersad Khuda Shash. The training sessions at Al Amal club focused on raising the technical level of the players and equipping them with updated strategies of attacking. We are confident on our players to show top performance in the tournament. The event will be great opportunity to develop their world ranking.” he said

The tournament format will be under FIDE laws of Chess and the tournament will be played according to the Swiss system 9 rounds. Each player will have 90 minutes with the addition of 30 seconds per move starting from the first move. Default time is 30 minutes. The final ranking order of the players is determined by the number of points scored.