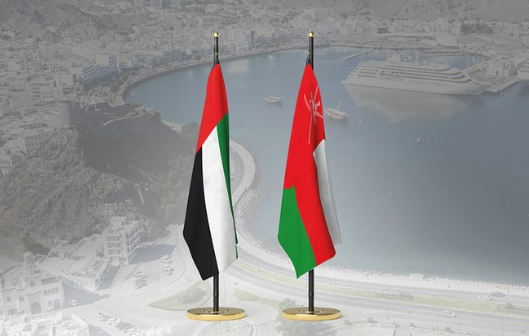 Muscat: Mohammed Sultan Al Suwaidi, Ambassador of the United Arab Emirates (UAE) to the Sultanate of Oman, affirmed that the upcoming visit of HH Sheikh Mohammed bin Zayed Al Nahyan, President of the UAE to Oman will have a positive impact on the course of bilateral relations and comes in line with the farsighted vision of the leaderships of the two countries.

Al Suwaidi told Oman News Agency (ONA) that this visit is an evidence of the depth of bilateral relations and cooperation in various political, economic, cultural and social fields.

“The strong fraternal ties between the two leaderships is unique, notably at the economic level, and this reflects mutual confidence and sets relations between their countries apart,” said Al Suwaidi.

He noted that the two countries are keen on forming practical visions about joint future action, adding that “this will reflect positively on economic, investment, and social aspects.”

Al Suwaidi laid emphasis on sustained communication among officials tasked with economic and commercial affairs, in addition to the exchange of visits between delegations of businessmen.

UAE investments in Oman at the end of 2021 stood at OMR1.20 billion, while total investments during the first quarter of 2022 amounted to OMR1.23 billion, said the ambassador.

He said that the UAE is doing its best to achieve maximum exchange of benefits between the two countries when investing in Oman, making use of a diverse portfolio of projects in the country, notably in the converting industries sector, financial services, construction, real estate and tourism. Al Suwaidi explained that the two countries share deep-rooted social relations, as well as strategic interests that are greatly valued by the peoples of the two countries.

Al Suwaidi reiterated the visit’s strategic importance to the two countries. He hoped that the next stage would see more joint efforts on maintaining advanced levels of joint action.