Four fungi, unknown to the world, recorded in Dhofar 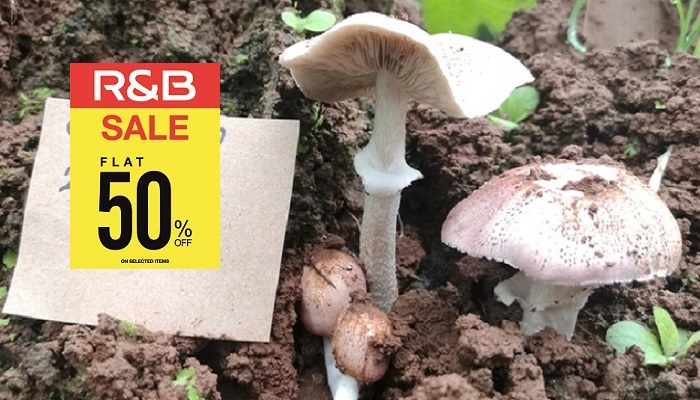 A joint team of researchers at the Oman Animal and Plant Genetic Resources Center, Mawarid, of the Ministry of Higher Education, Research and Innovation and Sultan Qaboos University has recorded 4 large fungi, unknown to the world till now, in addition to 7 different families of common fungi in Dhofar Governorate under a project for collection, characterisation and preservation of large fungi in the Sultanate of Oman.

The research team succeeded in finding two families of plurotoids, namely, Pleurotaceae and Schizophyllaceae, and one family of jelly fungi (Auriculariaceae). The Sultanate of Oman recorded the source of all these large fungi for the first time which was published in internationally referred scientific journals.

During the project, the genetic sequence of the ITS region of fungi was studied for about 60 types of fungi collected in their intact state in Dhofar Governorate, which resulted in the registration of 32 different types of fungi belonging to 24 genera and 17 families of Agaricomycetes. The project of collecting, characterising and conserving large fungi in the Sultanate of Oman came in three main phases: collection, characterisation and conservation.

The project started in 2018 and in the first phase – collection -- about 80 samples were collected from Dhofar Governorate during September 1-15,  2018. All samples were documented with pictures and data required for identification and characterisation. The research focused on the Governorate of Dhofar during the Khareef season, due to the presence of auxiliary factors for the growth of fungi or other micro organisms.

The project phases of phenotypic and molecular analyses were completed in cooperation with the College of Agricultural and Marine Sciences at Sultan Qaboos University. The project ended with the publication of three scientific papers documenting the registration of (4) species of large fungi within the genera Xanthagaricus, Agaricus, Micropsalliota as new global update and registration of these species in the Sultanate of Oman, where they were fully described, and the supposed new species were distinguished in the phylogenetic tree.

The research project came out with several important scientific outputs, most notably the richness and diversity of Dhofar Governorate in large fungi, and the contribution of these organisms to humanity in terms of manufacturing food, medicines, pharmaceuticals, nutraceuticals, bio-fertilizers, bio-processing, textiles, agriculture, etc.