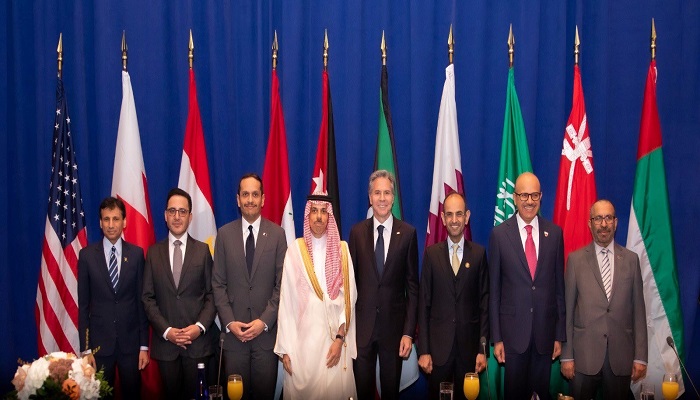 Muscat: The Sultanate of Oman stressed that the establishment of peace in the Middle East needs the creation of a Palestinian state on all its territories occupied since 1967.


The US Secretary of State Tony Blinken affirmed that his country supports the two-state solution and will continue its efforts with the parties concerned to achieve this goal and to achieve peace in the Middle East.


During the meeting, they discussed aspects of strengthening relations and joint cooperation in all fields, supporting international economic recovery efforts, efforts to achieve regional security and stability, and supporting diplomatic efforts aimed at calming regional tensions.