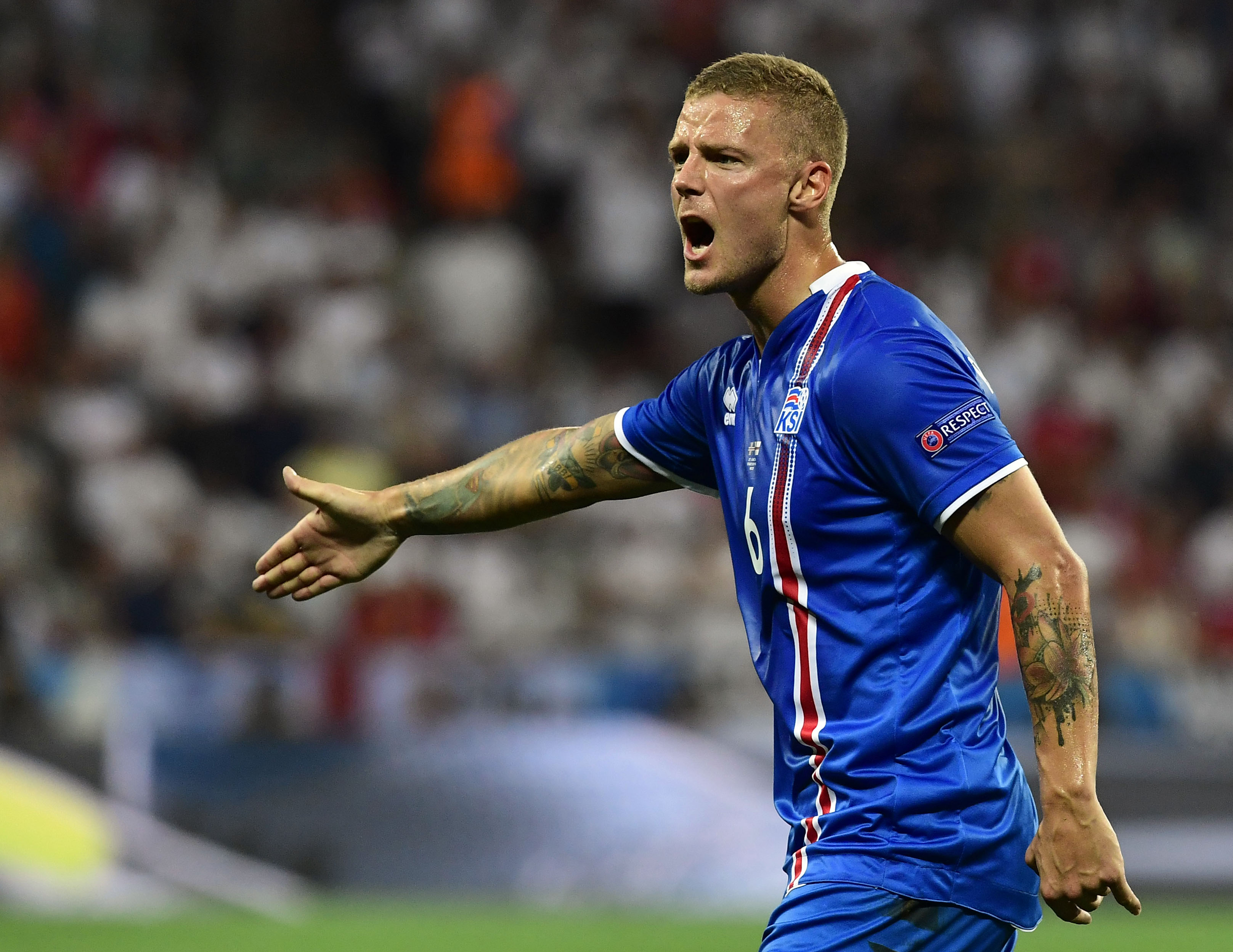 Nice, France: Iceland pulled off one of the biggest shocks in European Championship history when they stunned England 2-1 in their last-16 clash on Monday leading losing manager Roy Hodgson to resign.
Although the soccer pedigrees of the two sides could not be more different, Iceland looked the better team in just about every aspect of the game and fully deserved to extend their dream run on their first tournament appearance.
After falling behind to a fourth-minute Wayne Rooney penalty they levelled almost immediately through Ragnar Sigurdsson and struck again in the 18th with a shot by Kolbeinn Sigthorsson.
They then survived without great distress as England struggled to build any sustained pressure and barely tested goalkeeper Hannes Halldorsson.
Iceland are the smallest country ever to appear in a major tournament and their reward is a quarter-final against hosts France in Paris on Sunday, with the prize for the winner being a semi-final against European heavyweights Germany or Italy.
England will be watching from home - again - after a defeat that extends their miserable run in the Euros where they have won one knockout match, on penalties at home to Spain in 1996.
Short Lead
It all looked so different for England at the start when Raheem Sterling was hauled down by Halldorsson, allowing Rooney to smash them ahead from the penalty spot.
The lead lasted less than two minutes, though, as Iceland, who had talked up their long throws as a weapon, scored from just that source.
Aron Gunnarsson's throw was flicked on by Kari Arnason to Ragnar Sigurdsson who was left completely unmarked to sweep home the equaliser.
If the England defending was bad for that goal it was disastrous for the second as Iceland were allowed all the time and space they wanted to neatly ping the ball between themselves on the edge of the box to set up Sigthorsson.
His low shot was crisp enough although well within range for Joe Hart but the England keeper got only half a glove on it and watched in horror as it dribbled over the line.
England looked shell-shocked and spent the rest of the half struggling to make any inroads, their front men and attacking midfielders static, and were booed off by their own fans.
The last time the sides met England won 6-1 in 2004 but this is a very different Iceland, who beat Netherlands home and away in qualifying for France and at the finals have held Portugal, were unlucky to concede a late own-goal equaliser to Hungary and then defeated Austria to finish second in their group.
First Tournament
Anyone with no prior knowledge of the two teams' history watching Monday's game would have been hard-pressed to decide who were the former world champions and who were the tiny nation of 330,000 competing at their first major tournament.
England threw on midfielder Jack Wilshere for the second half and then striker Jamie Vardy but the team's passing was poor and their movement sluggish. Roy Hodgson's players struggled to create any sustained pressure.
At the other end, more slack marking saw Ragnar Sigurdsson force Hart into a smart save from an overhead kick.
By the end England were reduced to launching long punts into the box, which were comfortably repelled.
The final whistle produced extraordinary scenes as the entire Iceland squad and coaches sprinted to the corner of the pitch to celebrate with their fans.
England's players sank to the turf in despair, with a deluge of jeers, boos and whistles, finally being encouraged to leave the pitch to a chant of "You're not fit to wear the shirt."