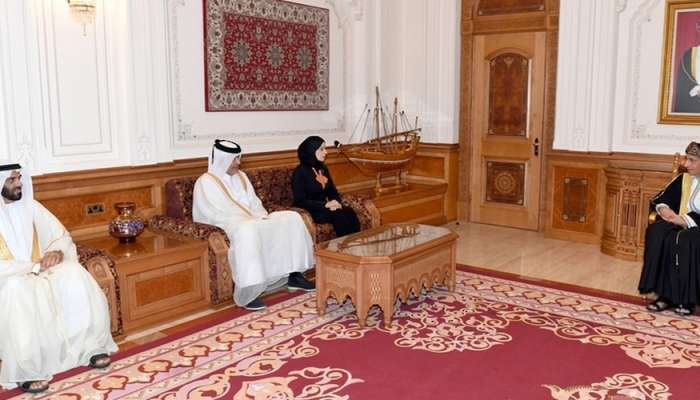 Muscat: His Highness Sayyid Fahd bin Mahmoud Al Said, Deputy Prime Minister for the Council of Ministers received on Wednesday chiefs of GCC shura, representatives, national and Ummah councils who are taking part in the 16th meeting of the GCC Legislative Councils.

The meeting is hosted by the Sultanate of Oman.

HH Sayyid Fahd reviewed the Omani shura experience which is based on civilized heritage and responding to requirements of the time.

He hailed the constructive role of the Council of Oman in cooperation with the state institutions in supporting the march of comprehensive development in the country.

He also underscored the importance of the role undertaken by the GCC legislative councils in promoting cooperation and enhancing ties among GCC peoples to realize the envisaged goals.

Conversation during the meeting touched on the march of the GCC legislative councils, and well as experience of each country in building its institutions. The latest regional and international developments were also reviewed during the meeting.

The chiefs of Gulf Coopeartion Council (GCC) shura, representatives, national and Ummah councils expressed their thanks to the Sultanate of Oman for the good preparations of hosting this meeting that contributed in reaching many positive outcomes. They also commended Oman’s constant support for the GCC march.

They also lauded the Omani experience in building the state of institutions and the rule of law, as well as consolidating pillars of domestic nation-building that ensures decent life for all citizens.