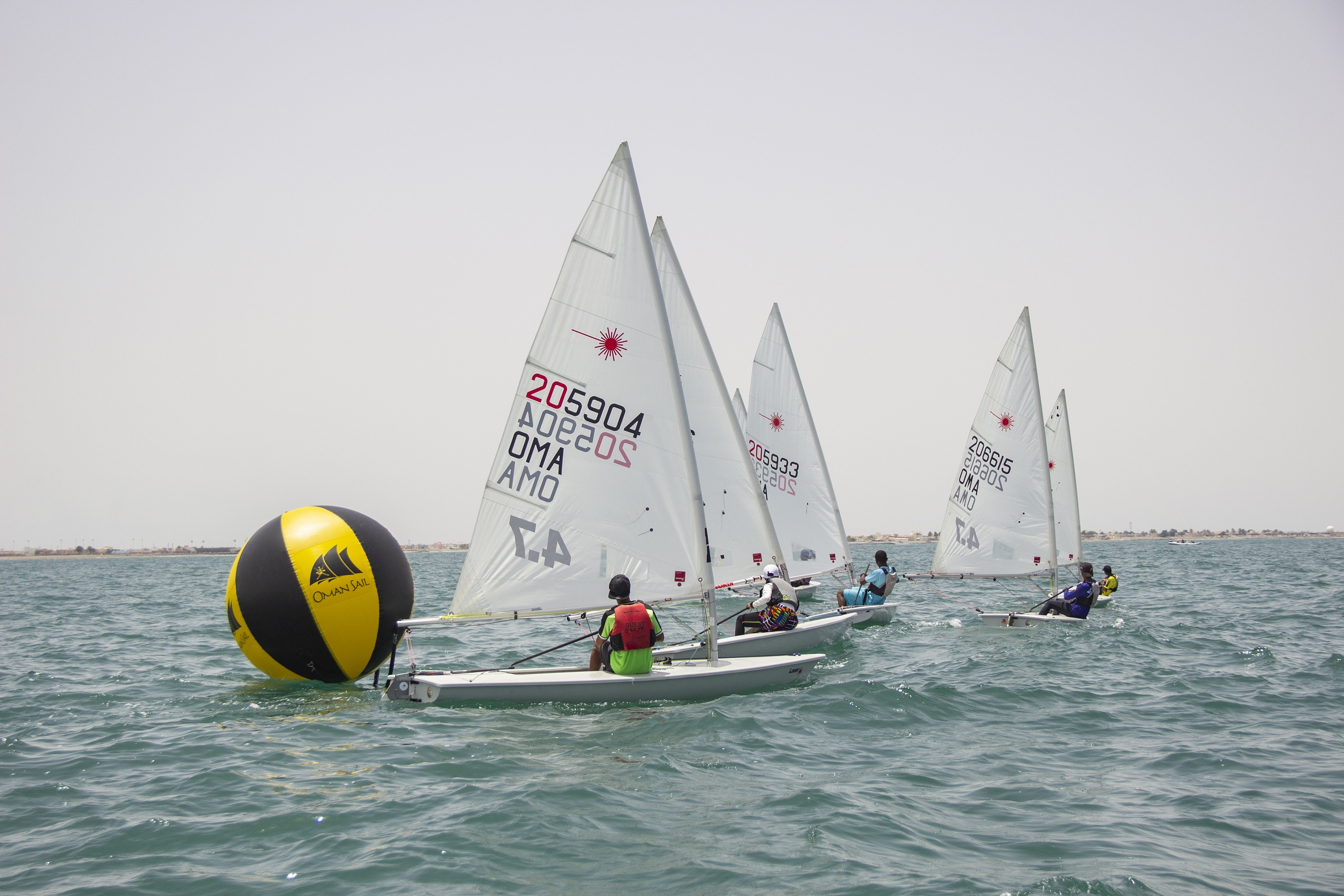 Muscat: Young Oman Sail racing sailors have recently showcased their developing skills at a competitive two-day Youth Sailing Club regatta in Mussanah. The 2nd event of the year saw racing in three classes – Optimist, Laser 4.7 and windsurfing – between more than 50 youngsters, aged 10 – 17, from all four of Oman Sail’s sailing schools, Sur, Marina Bandar Al Rowdha, Al Mouj and Mussanah, where the regatta was held on the weekend of April 26th and 27th. It was preceded by a single day of racing on April 20th for junior Optimist sailors aged under 11 who had recently graduated from Oman Sail’s community programme.
“Events like this are a marvellous opportunity for young sailors from all of Oman Sail’s sailing schools to come together and interact both on and off the water,” said Mohsin Al Busaidi, Oman Sail’s Youth Sailing Development Manager.
“All our schools work along similar lines so the youngsters all have something in common, so they can easily share experiences and learn from each other.”
The outstanding performance of the weekend came from Al Mouj Muscat Sailing School’s Abdulmalik Al Hanai who won all six races in the Laser 4.7 class to finish comfortably ahead of Al Mutaasem Al Farsi (Mussanah) and Adnan Al Mabsali (Al Mouj Muscat), who finished in second and third respectively only a point apart. It was much closer in the large 38-strong Optimist fleet with the top three places each only separated by a single point. Mussanah Sailing School took the top two spots, with Nibras Al Awaisi taking two wins to pip Elyas Al Fadhali – also with two race wins – to the class victory. Al Hassan Al Jabri from MBR took a well-deserved last place on the Optimist podium.
Close too in the RSX windsurfing class, with Abdullah Al Sarhi edging one point clear of Mussanah schoolmates Ali Al Omrani and Ali Al Sarhi who were tied on 10 points apiece. “The Youth Sailing Club is an important stage in the development of our young sailors,” said Sultan Al Balushi, National Youth Windsurf Coach. “Close and competitive regattas like this allow the sailors to improve their skills in competition and gain vital experience in racing conditions.
“All those taking part in the racing are members of the Race Club and will have developed more of a competitive spirit and become more confident over the two days.”
The young Optimist sailors at the earlier event were just starting out and are new to the Youth Club, which is the stage before Race Club. The junior Optimist class was won by Abdul Latif Al Qasmi from Mussanah, with Al Mouj Muscat’s Firas Al Hashmi and Alla Al Hinai second and third.
Overall, strong results in the Laser, and overall and junior Optimist classes. “It has all been very worthwhile and a great introduction to yacht racing,” said Hussam Al Rahbi, Optimist under-11 instructor at Marina Bandar Al Rowdha. “They were all recent graduates from Oman Sail’s community programme and taking their first steps through our well-established development structure.”
During the Youth Sailing Cup series, Oman Sail sailing schools collect points towards the end of the year when the best sailing school will be awarded