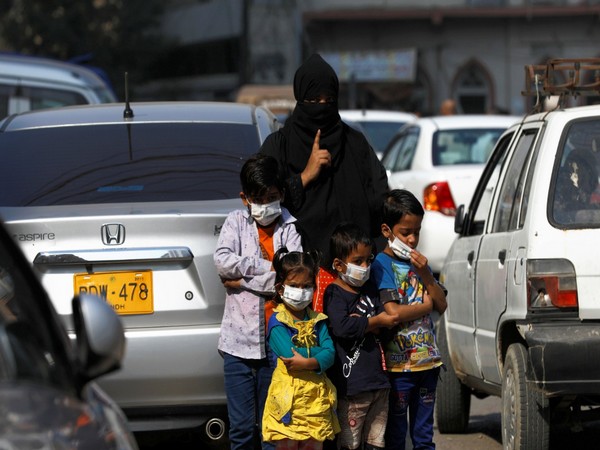 Islamabad: The catastrophic floods in Pakistan have heaped miseries and diseases on its young population, local media reported. Besides, the flood-ravaged country is also facing onslaught of malnutrition.

The lives of millions of children in Pakistan are going to be particularly precarious in the coming months, as the aftermath of the cataclysmic floods continues to unfold. Of the nearly 1,500 fatalities from flood-related causes, around 530 are children, the Dawn reported. According to The United Nations International Children's Emergency Fund (UNICEF), an estimated 16 million children are among the flood-affected population, with at least 3.4 million of them in need of immediate, lifesaving support.

Recently, UNICEF's Pakistan Representative Abdullah Fadil visited the inundated areas of Sindh. He said that malnourished boys and girls were battling diarrhoea, dengue fever and painful skin diseases as a direct result of the catastrophe.

The floods -- caused by record monsoon rains and dubbed by one Minister as "the worst humanitarian disaster in a decade" -- have impacted 16 million children in total, Abdullah Fadil said.

Unprecedented floods across Pakistan have resulted in a widespread outbreak of infectious diseases in the country, posing a severe threat to the health of the citizens, the Dawn reported.

The infectious diseases in the flood-hit areas of Sindh have reached a dangerous level, according to Geo News and have claimed more than 1,500 lives with an estimated loss of over USD 30 billion to the economy.

During the last 24 hours, 12,000 cases of asthma, respiratory and chest-related infections were reported in Sindh, Geo News reported, citing the health ministry, adding that approximately 20,000 people were found affected by skin disease, while almost 18,000 cases of diarrhoea were reported.

The World Health Organization on Saturday expressed deep concerns about the potential for a "second disaster in Pakistan: a wave of diseases and deaths" following the unprecedented floods caused by climate change, which have claimed over 1,500 lives and submerged one-third of Pakistan.

WHO Director-General Tedros Adhanom Ghebreyesus said that health centres had been flooded, their supplies damaged and people had moved away from homes.

This comes as the heavy monsoon rains have claimed more than a thousand lives since June and unleashed powerful floods that have washed away swathes of vital crops and damaged or destroyed more than a million homes.

Record monsoons and heavy floods in Pakistan have given rise to hunger and various illnesses which have affected 33 million people and are estimated to have caused USD 30 billion of damage.